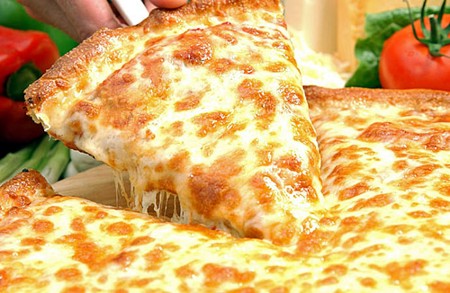 It’s official… Some ‘mama and papa’ pizzeria owners will get a small break on the price of ‘Pizza Mozzarella’ starting this month. But, as lottery ticket and contest rules small print always cautions, “Certain conditions and limitations apply’…

A few weeks ago, the Canadian Restaurant and Foodservice Association (CRFA) announced it had achieved a breakthrough on the so-called Pizza Cheese standoff. Under that situation, small, local, independent pizzerias were facing crushing competition from the big pizza chains and the frozen pizza makers who managed, by various means, to circumvent so-called protective tariffs on imported cheese from the U.S. Seriously! They were bringing in cheese for their pizzas at up to 2/3 off what the little guys had to pay at home, for the Canadian equivalent.

Then, the CRFA came to the rescue. They said pizza Mozzarella should get a special break under the pricing rules for Canadian cheese. After months of lobbying the Milk Marketing Board and the Federal Government, they got a 15-month pilot program offering a modest (maximum 10 per cent) discount, and only for restaurants that serve pizza made fresh, on their premises.

While the ‘pizza cheese’ story made big headlines for a few days last month, it’s not likely to make a big difference in the price you pay for that hand-made, ‘mama and papa’ pie you love so much. My theory is that those of us who patronize the indie pizza joints do so because we love the pie and the price is at best a secondary consideration, so a ten per cent difference one way or the other isn’t likely to sway us from our established pizza consuming habits.

The winners are the small, independent pizza parlours, who get a small break on the price of cheese, and the milk producers, who stand to hold onto their domestic pizza cheese market, even though they are allowing a token discount. The milk producers would have lost the domestic pizza cheese market – which would have dealt a significant blow to their sales – if the government had let the small pizza joints have the same huge tariff discount that the big chains and frozen pizza makers enjoy on imported cheese.