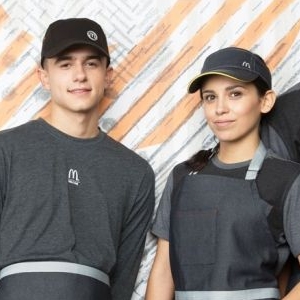 McDonald’s has been going through what market observers call a major reinvention over the past year and a half. The McD’s of the Future opened last year with all-new decor, automated ordering and table service. Now, the Burger chain is even ‘updating’ its employee uniforms. And some employees aren’t lovin’ it… 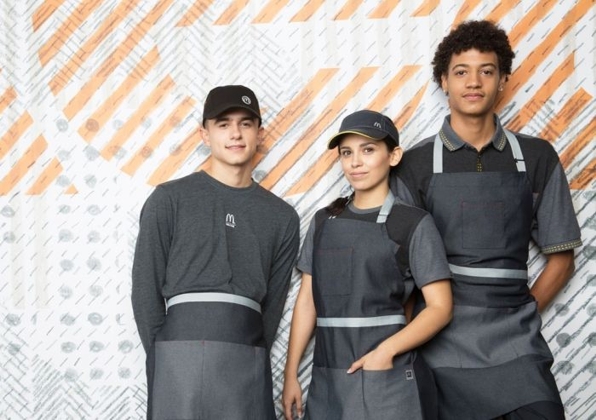 ‘Bridging the gap between fashion and function’, or ‘dystopian’?

The new uniforms are designed by Waraire Boswell, who has designed clothes for celebrities including Will Smith, Ellen DeGeneres, Pharrell Williams and others. He even had the inside vision provided by having worked at a McDonald’s outlet in California when he was a kid.

He told reporters he wanted to come up with a design that would give employees “a greater level of confidence.”

“Individuality is important to McDonald’s restaurant employees, and the new collections were designed to bridge the gap between fashion and function, allowing for an easy transition from the restaurant to social environment,” McDonald’s said, in a statement.

A poll by McDonald’s of its employees revealed that 70 per cent “feel that the new uniforms provide a modern image that they would be proud to wear,” the company says. But that still leaves almost 1/3 of McWorkers not liking the new duds.

The public weighs in…

And responses from the public, following the unveiling of the new uniforms earlier this week, was even less positive than that of the employees. In fact, a number of McD’s fans said the new unis made employees look like junior officers on the Empire’s Death Star in Star Wars! Others said it reminded them of the uniforms the ‘citizens’ wore in The Hunger Games.

One way or another, the new McUniforms are generating free media exposure for the brand.