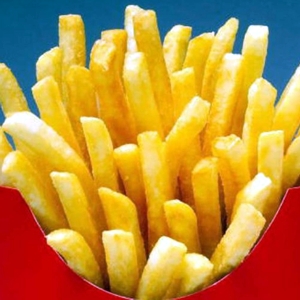 I thought I’d heard it all, when it came to tricks that food processors and marketers operators use to increase their profit margins. But a recent spate of social media posts reveals that Fast Food operators train their workers to subtly short customer orders to optimize profits! 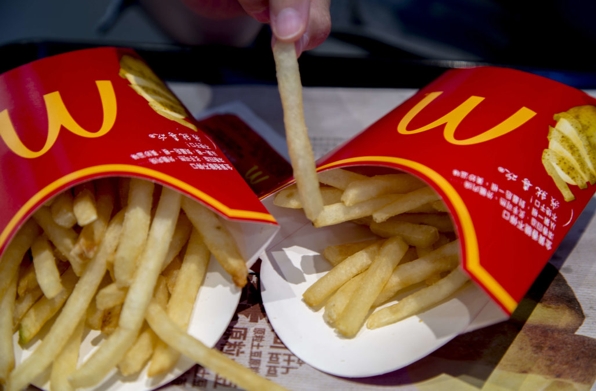 A less-then-full sleeve of McFries. Just one of many tricks the Fast Food operators have
up their sleeves to optimize profits by shorting customers… What’s in your fries sleeve?

“I worked at McDonald’s and they taught me how to pinch the fry carton just right while putting the fries into them so that it looked full, but actually wasn’t.

“I only had 1 customer call me out on it. He shook the fries out into his bag and poured them back into the fry carton himself and it only filled up half way, so I had to give him more fries. I was impressed and embarrassed. It’s been 7 years and I can still see his face.”

I [expletive] hated that practice and basically refused to do it. Never got fired, but managed to have a few customers ask me when my shifts were the next week so they could have me filling their fries.

The fries were dirt cheap too! Case held 6 bags, each bag made 8 or 12 baskets, and each basket made 4-5 large fries filled my way. They only cost 20$ a case, so if they just filled them like I would they would net 288$ assuming they were all sold in meals. This is coming from management side because I was shipping manager so I had to know all this shit.

Over my lifetime, I’ve known a number of people who worked at McDonald’s for lesser or greater periods of time and I’ve never heard about this one.

We all know about the industry-wide Fast Food beverage service practice of filling the cup with ice and letting a little Coke run down between the cubes. It’s a cheat to call a 20 oz. / 600 ml cup a ’20 oz.’ drink when more than  half the volume is taken up with ice. Many Fast Food chains have changed their beverage service practices in the past dew years, allowing diners to fill their own cold beverage cups and even take unlimited refills.

But that’s just the tip of the iceberg…

And other such cheats are much better camouflaged.

The cup of soup and bowl of soup were the exact same size. People would pay more for a bowl, and just get a cup of soup in a bowl that was shorter and wider at the bottom than the cup.

Worked at a restaurant that also did catering. People would come in for tastings regularly for things like weddings and we’d give them samples of some of our food. The big thing at these tastings was the cheesecake, which was made in house to be served in the restaurant and was pretty great. What we didn’t tell them was that for catering events, we bought premade cheesecakes instead.

And, on a broader scale…

It costs next to nothing to make a sleeve of Fries. The sleeve itself costs more than the Fries inside it. Fried are a HUGE profit item. Same with Beverages. They’ll charge you $2 for a big drink and make $1.85, or more, profit. This is just accepted within the industry and may be necessary to ensure that operators can make a decent profit

But the other stuff, of which just a glimpse has been offered above, go deeper and involve bugger deceptions than I’m willing to stand for. There ought to be a Food Service industry watchdog that an police these reports, from former employees and customers, and make sure customers are getting their money’s worth! And that complaints are properly dealt with…