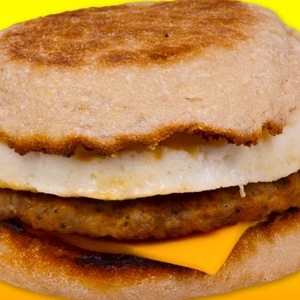 In its latest attempt to woo customers from the competition and overcome its lingering sales/growth stagnation, McDonald’s is testing its All-Day Breakfast concept in Canada. Word is, it’s popular in the U.S. and other international markets where it’s been tried. But will it work? 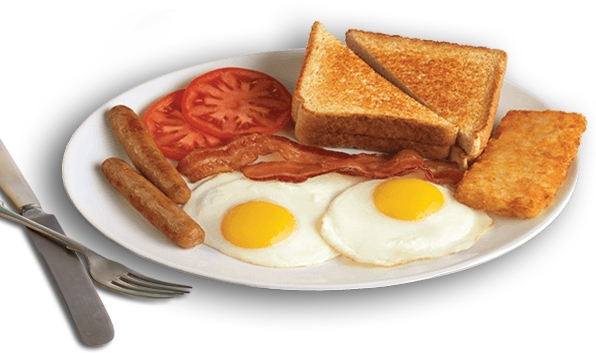 The incomparable A&W All-Canadian Breakfast Special. Cooked the way you like it!

McDonald’s is offering its All-Day Breakfast service at 17 selected locations in Ontario, Quebec and B.C .If it’s as popular here as it has been in other markets, it will probably be rolled out to all of the 1,400 plus McD’s locations in Canada in a few months.

McD’s breakfasts are iconic – particularly the Egg McMuffin. McD’s invented the breakfast sandwich way back in 1972. Since then, most of the other ‘Burger and Fry’ chains have instituted Breakfast and virtually all of those have brought in their own version of the ‘Egg, Breakfast Meat and Cheese Slice on a Bun’ handy, hand-held McMuffin clone.

But not all ‘Muffins’ are created equal. The English Muffins (which are universally offered as the base for these sandwiches) vary in size and flavour considerably from chain to chain. The meat patties and strips also vary in size, flavour and quantity. Likewise the Eggs. As far as I know, only A&W uses fresh eggs, cracked and cooked fresh when you order, for all of its Breakfast menu items. McDonald’s uses fresh-cracked Eggs only for its McMuffins. The rest of the Egg-containing menu items on McD’s breakfast menu are concocted from commercial Liquid Eggs and Egg Whites. Or come in pre-cooked from a factory, flash-frozen, and are re-heated to serve. And those are loaded with preservatives and other stuff you might not want. And that’s the same deal for most of the other chains offering Egg menu items.

There are vast differences between other Menu Items offered by the various Fast Food joints. McDonald’s may have invented Fast Food Breakfast, but it does not reign supreme in my estimation. All those processed Eggs are but one reason. For my Money, A&W has the best Breakfast Sandwich, hands down. And, since I almost always get the Hash Brown along side my ‘Egger’, the best Hash Brown. Not too greasy, largest in its class and always crispy, even after riding home in the car in a tightly-closed paper bag. Kudos, A&W.

And let’s not forget A&W’s All-Canadian plated Breakfast Special. It’s like eating in an old-fashioned neighbourhood Diner again! Two Eggs whatever way you like them, 2 slices of Toast (White or Brown), sausages or Bacon Strips, fresh Tomato Slices and one of those big, crispy Hash Brown Patties. Add coffee and dig in! And don’t forget Peanut Butter and/or Jam for your Toast! If you aren’t that hungry, try the Classic Bacon/Sausage and Eggs plate…

So, there you have it. Even if I can soon get an Egg NcMuffin all day, I still prefer to roll in to A&W before 11 a.m. and get an Egger. And the best fast-food Hash Brown in town!