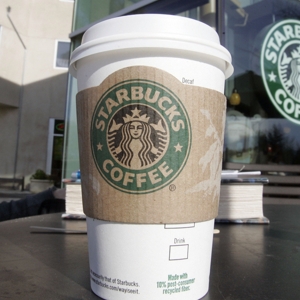 Remember, back in the 1990s, when a woman sued McDonald’s claiming their coffee was too hot? A cup spilled in her lap causing her extensive burns. Now, another woman is suing Starbucks for the very same reason, after the top popped off a cup of theirs in the drive through. Those who ignore history… 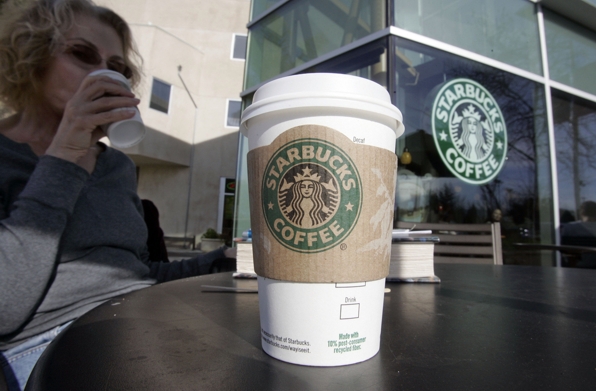 Go ahead and enjoy a Starbucks Coffee. But watch out for the lid!

In 1994, a New Mexico jury awarded 79-year-old Stella Liebeck (US)$2.86 million after a cup of McDonald’s Coffee spilled in her lap causing her third-degree burns which required eight days of hospitalization and two years of treatment afterwards, including skin grafts. That case went down in litigation history and spawned a HBO TV documentary called, simply, Hot Coffee. There is still debate in the legal community about whether it was, indeed a worthy claim, or, as ABC news branded it, “the poster child of excessive lawsuits”,

Now, it’s as though a remake, or a sequel, has been released. Plaintiff Joanne Mogavero was recently awarded $100,000 after a cup of Starbucks Coffee spilled in her lap causing first and second degree burns. During the trial, it was revealed that Starbucks receives an average of 80 complaints each month over ill-fitting, leaky or otherwise defective lids. And the company has never warned customers about the implied danger.

The court heard that the Coffee was served at 190 F, just below the boiling point. Food service pros know that’s an ideal temperature at which to brew Coffee, but way too hot to serve it.

No word from Starbucks on whether they will publicly warn customers about the risk associated with their take-out lids or cool down their Coffee. Nor has the upscale Coffee icon said is it will appeal the Mongavero decision.

I say, those who ignore history are condemned to repeat it!