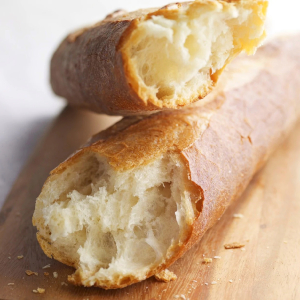 In a much-needed positive counterpoint to recent dismal economic and food chain news, the U.N has declared the classic French Baguette a cultural treasure. And how reassuring that it’s something so basic and authentic… 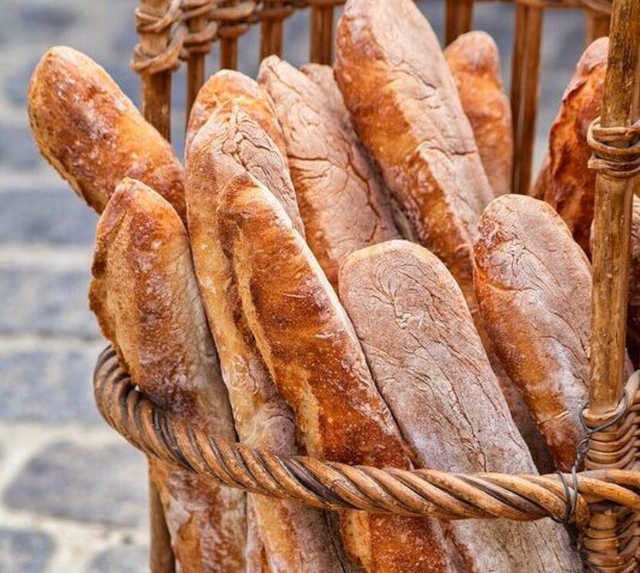 The French have long known that they have something very special in their traditional baguette. Back in 1993, the French government passed a strict law covering the proper making of the Baguette, the Décreet Pain. That effectively cemented the loaf’s status as a national treasure, and provided serious penalties for anyone making anything lesser, or cutting the prescribed corners, and calling it a Baguette.

The BBC was kind enough, recently, to provide a focus feature on the Décret Pain opening a fascinating window on the cultural and almost religious esteem that the French hold their national food…

“Something that hits all five senses needs protecting, and that’s exactly what the French government did back in 1993 with the Décret Pain. The law states that traditional baguettes have to be made on the premises they’re sold and can only be made with four ingredients: wheat flour, water, salt and yeast. They can’t be frozen at any stage or contain additives or preservatives, which also means they go stale within 24 hours.”

The BBC also dug up the following, among a much more comprehensive collection of Baguette fast and fascinating facts:

UNESCO defines ‘intangible cultural heritage’ as, “traditions or living expressions inherited from our ancestors and passed on to our descendants.”

According to CNN, the French Baguette now joins the culinary ranks of Korean Kimchi, Mediterranean Couscous, Belgian Beer, and many other monumental food icons as being UNESCO certified and protected.

I hasten to remind you that only yesterday we were regaled with the tale – labelled by one ‘important’ food blogger as ‘hilarious’ – of a Florida woman trying to sue Kraft Heinz over the cooking time of its 3 1/2 minute Mac and Cheese Shells. Amanda Ramirez has filed suit claiming the 3 1/2 minute claim on her packaging is misleading, because it doesn’t take into account approximately 2 minutes total of additional time needed to stir the contents and add the cheese cause  mix.

If it wasn’t such a goofy claim just on the face of it, the suit asks for compensation of (US)$5 million for false and misleading advertising and other sundry damages to the plaintiff.

Taken together, today’s post and yesterday’s show a food news-scape as widely spread as could ever be imagined. As my Mom would say, from the sublime to the ridiculous.

A symptom of something much bigger?

I think it’s a big enough deal that what I said yesterday should be repeated: “I also wonder if this is just the first of a new generation of ‘hilarious’ food cheating suits to come, as consumer desperation continues to build? Furthermore, I worry that some folks are not only betraying extreme distress, fear and desperation over food prices: Their latest reactions to the worsening situation may be bordering on the downright delusional.”

The situation is definitely getting more serious. And I see no serious suggestions for fixing the food supply chain or the economy on the horizon. What’s it going to take to get those with the power to act?

2022-12-05
Previous Post: Macaroni Madness: Lawsuit ‘Hilarious’?
Next Post: Tea Time Reflections: Is It Good For Us Or Not?