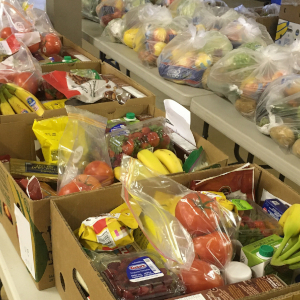 By: Maggie
In: Food News, Foodie Life Lessons
With: 2 Comments

We’re all aware that Food Banks have been experiencing soaring demand since the COVID pandemic struck in March 2020. But recent economic developments have compounded the stress on community food relief efforts. Even so, this is just the most visible symptom of a bigger, tougher problem… 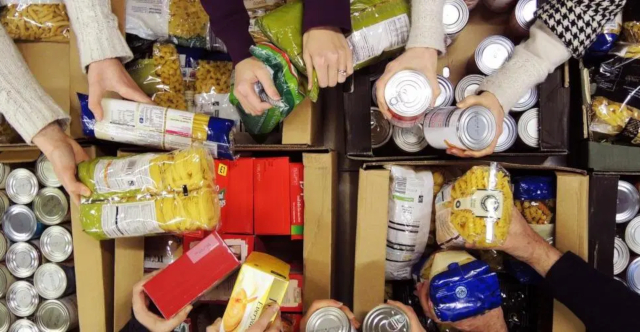 Donations at Food Banks are losing ground to the increase in
demand as inflation makes more average people ‘needy’.

It’s bad enough that food prices continue to rise with no ceiling in sight. The reasons for that are many. But the disruptions in the supply chain and processing plant operations are still causing a lot of trouble. And source-level issues – not the least of which are the multi-year drought and sizzling temperatures across the U.S. South and Southwest – are getting more serious.

Just yesterday we looked at the first ever Sriracha Sauce shortage, triggered by the shutdown of the Huy Fong factory in Irwindale, Cali. The reason the plant stands idle in  the middle of what would normally be the busy season? A massive chili pepper crop failure in California, New Mexico and Mexico, where the company gets its raw material. The company and its fans are pinning their hopes on a come-back bumper crop this fall. But the weather has to cooperate, and that looks doubtful. And this is just one example of the chaos the weather – a consequence of global warming – is wreaking on food production system.

But other factors are compounding the economic woes of the average family. For one, soaring energy prices are sucking more and more money out of their pockets every month.

Folks who never used food banks before are starting to line up for hand-outs to make ends meet.

The other side of the coin

And now, sneaking up from behind, the reciprocal issue of inflation’s effect on the supply side at the Food Banks: the more expensive food gets, the less folks are donating. And more folks are asking for help.

Did I say ‘double whammy’? This is really a triple.

My issues with the whole mess

I remember being slack-jaw amazed seeing, on television, lineups of expensive SUVs and luxury cars at food banks during the height of COVID crisis. Why did these people need food handouts?

The answer, economists revealed, was that they were doing alright financially before COVID disrupted everything. But they were strung out on debt. Mortgages, credit cards, car loans. And when the crunch came, they realized they hadn’t put anything away for the proverbial ‘rainy day’. They were actually living from pay cheque to pay cheque but were able to kid themselves along that they were doing fine – with all the good things credit can provide – as long as they were paying all the bills every month.

Recent polls show that more people than ever are using food banks and applying for other forms of economic relief. One survey asked where families considered themselves on  the ‘economic ladder’. A significant number of respondents revealed that they used to think of themselves as middle class, but now consider themselves as low-income.

Not really just a food crisis

It’s clear to me that many folks in the middle and lower echelons of the economic pyramid are confused and in shock over the state of their families’ financial state of affairs. The effects of the economic crisis are many, but the most visible ones involve the food we all need to put on the table every day.

Some folks would love to sell their expensive cars and get something more economical. But nobody wants to buy big SUVs and gas-guzzling 8-cylinder autos.

There’s no relief from the ravenous appetite of the consumer credit monster. Folks who can’t keep up with their payments are just digging themselves in deeper. And interest rates are rising. Got a mortgage renewal coming up? The experts warn, you could be paying as much as 45 percent more!

The worst part is, millions of average folks got themselves into their predicaments all by themselves. They were coerced by the financial industry into using consumer credit to the extreme, and now they’re drowning in debt they can no longer afford to service.

And all the while, the world’s total wealth continues to concentrate at the highest levels of the pyramid while the folks at the low end become more and more vulnerable.

I wish I knew how to fix it.

2022-06-16
Previous Post: Huy Fong Sriracha: Fan Base Facing Shrinking-Supply Woes
Next Post: Achaar: The Indian Condiment We Can All Embrace