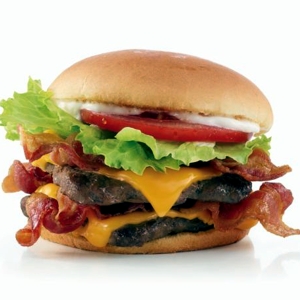 Time to look back on a busy week in the Fast Food sector. And forward to what the big players in the Doughnut sector are offering for Fall. We’re also lamenting the ‘limited-time’ availability of some yummy-looking new offerings. And cheering the chain-wide roll out of Taco Bell’s Naked Egg Taco…

McDonald’s now has Curly Fries – but only in Asia…

Yes, Fry lovers, McDonald’s has Curly Fries. But, for now, at least, they’re only available in Singapore and the Philippines. McD’s calls them Twister Fries and I can’t figure out why they aren’t available in North America. I don’t know anyone who doesn’t love Curly Fries. I get Arby’s Curlies every time I go there and I see many other diners enjoying them, too. I think, maybe, Fast Food marketing people have fixated – wrongly, of course – on snapping their fingers in front of dazed consumers just to get their attention even for a brief moment and trigger a corresponding sales spike. The key to growing market share in today’s over-crowded fast Food Market is, as it has always been, giving the people what they want. It’s not enough to cater to the young folks who are pickier about their food, and want it to be sustainable and healthy. You must give them Curly Fries, too.

You heard about it here, when they were test-marketing it. Now it’s available chain-wide. The Naked Egg Taco is a fried Egg ‘shell’ filled with your choice of choice of Bacon or Sausage, plus crispy Potatoes, Nacho Cheese Sauce and shredded Cheese. If you want something more conventional, there’s a ‘Dressed’ version that substitutes a Gordita flatbread for the Egg.

It’s the change of (merchandising) seasons and Tim Horton’s Canada is rolling out its Fall menu – which relies heavily on Pumpkin Pie Spice. They’ve got Pumpkin Spice Timbits, Pumpkin Spice Iced Capp(uccino), a Pumpkin Spice Doughnut and a Pumpkin Spice Muffin. You asked for it, you got it.

Dunkin’s goes with Pumpkin Spice and Maple for Fall

Bacon lovers with big appetites are in luck – for a limited time only. Wendy’s is offering a ‘giant’ version of its popular Jr. bacon Cheeseburger. It features two Beef Patties, two slices of Process (American) Cheese, and twice the Bacon of the regular Jr. plus Tomato, Lettuce and Mayo. It’s a real mouthful.

In spite of the fact that it’s illegal, as well as despicable, a Houston area supermarket was caught selling plain old Bottled Water for (US)$99 a case. That’s a 900 per cent mark-up on the regular price! We told you earlier this week about the donation by Anheuser-Busch of 155,000 cans of emergency drinking water to the Red Cross for distribution in Texas and Louisiana. Corporate attitudes toward the public in emergencies cover the entire spectrum, from greed to graciousness. The Texas Attorney general says more than 600 complaints about price gouging have come in over the past week. More are expected.

And that’s it for this week! Have a great long weekend and we’ll see you back here next Saturday…