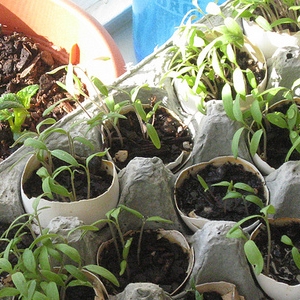 I can remember my grandmother saving her Egg Shells to re-use in a number of ways, some of which I thought were more like magic than science. But it turns out that modern science has confirmed a whole catalogue of ways that Egg Shells really do perform (minor) miracles… 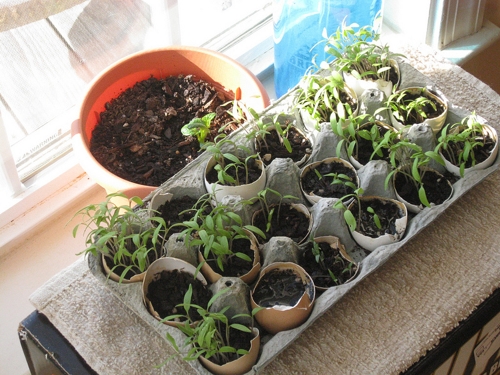 Grandma always saved all her Egg Shells and she always put every last one to good use.

Every morning, when Grandpa was making the toast to go with his eggs, Grandma was using yesterday’s Egg Shells in the coffee perk to ‘tame’ the resulting brew. She said Egg Shells absorbed the bitterness and the harsh oils from the hot coffee and helped settle the grounds to the bottom of the pot.

When Grandma baked, she saved all the Egg Shells. She was always careful to crack the Eggs as cleanly as possible, right across their waistlines, producing two equal halves. She always kept one or two shell halves by the stove to use whenever she lost a chip of Egg Shell into a pan or bowl. This little trick works like a charm!

And when she used lots of Eggs in baking projects, the shells were washed out and boiled and used to sprout seedlings of the plants that would form the backbone of her huge flower and vegetable gardens the next summer. Then she’d break up the shells once the seedling were planted out and scatter them around the Tomato and Potato plants, which she said warded off pests.

And there were her Violets. She maintained that the only way to start African Violet cuttings was in an Egg Shell. Her’s were always beautiful. The ones she gave me at Christmas and on my birthday always died within two weeks, no matter which window I put them in or how often I watered them. Fortunately, I have developed enough of a green thumb, now, to grow a respectable herb garden and bring in a couple of bushels of Tomatoes by the end of the growing season.

I’ve also heard of people grinding up Egg shells and taking them as a mineral supplement or a purported cure for osteoporosis. Then there are the far-out claims that chewing Egg Shells can whiten and strengthen your teeth. There may be something to that, based on Grandma’s recollection that, when she was a young girl on the farm, they gave crushed Egg Shells to the Chickens, ‘for the minerals’, so their eggs would have strong shells. Talk about re-use, re-purpose, recycle!

A little further out on a limb, and definitely out of the food orbit, artists for centuries have made Egg Tempra paints in Egg shells. And that kind of paint is actually made from Eggs, using the Yolks as a binder.

And that’s just the beginning. The Poultry Guide has a whole bunch more.

Whatever you use them for, DO keep your Egg Shells and do your bit for the environment!