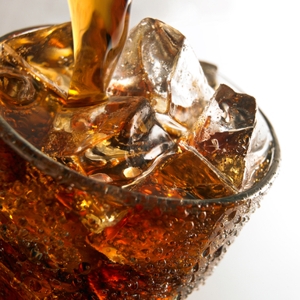 For decades, folks with high cholesterol have been told by doctors to cut out (as much as possible) Saturated Fats from their diets. But most recent experiments and dietary surveys have strongly disagreed with that classic line. And new survey findings seem to support the latter…

Red Meat – a leading source of dietary saturated Fats – appears to have been largely
exonerated as a contributing cause to high blood cholesterol, which in turn
is clearly associated with heart disease, obesity and type diabetes…

A whole generation of clinical surveys and experimental trials from the 2000s and 2010s showed there was no significant correlation between dietary cholesterol consumption and blood cholesterol levels, in stark contrast to the classical line that doctors have been pushing for the past 80 years or so. However, there were also a number of equally-learned papers in equally respected medical journals that seemed to support the old line.

In 2019 alone, there were at least 4 major learned papers in major journals that contradicted each o9ther back and forth with equally-strong statements supporting one view or another. Just use site search here on this blog to get links to any of these classic examples:

Heart Health: No Difference Between Red And White Meats

…and finally (in frustration) I posted:

Red Meat: What The Heck Is Really Going On?

Now the pendulum appears to be swinging back

Now, yet another learned paper, published just this past week, taken exception to the notion that dietary cholesterol is the main culprit behind elevated serum, or blood cholesterol levels.

Researchers at the University of South Florida (USF) wanted to see if there was a connection between dietary cholesterol (from consumed Saturated Fats in the foods we eat) and high blood cholesterol levels, which have unfailingly associated with higher risk of heart disease, type 2 diabetes and obesity in recent decades.

The team reviewed official dietary guidelines from dozens of countries for people with familial hypercholesterolemia. Organizations, including the American Heart Association, have traditionally suggested they avoid eating food from animal sources, such as Meat, Eggs and Cheese, and to avoid Coconut Oil. So, the team concluded that if any test demographic was going to show up a connection, these folks would.

“For the past 80 years, people with familial hypercholesterolemia have been told to lower their cholesterol with a low saturated fat diet,” Study Report lead author Diamond said. “Our study showed that a more ‘heart healthy’ diet is one low in sugar, not saturated fat.”

Their findings are consistent with another paper recently published in the Journal of the American College of Cardiology, which also found strong evidence that foods that raise blood Sugar, such as Bread, Potatoes and Sweets – especially Sugary Beverages – should be minimized, rather than Tropical Oils and Animal-based foods.

Here we go again. But it seems that this latest survey published in BMJ Evidence-Based Medicine and its companion study mentioned above do offer something new, both for high-cholesterol sufferers and the research community: The suggestion that it’s really dietary Carbs that promote high blood cholesterol, not the Fats. But the new studies doen’t say why. More research is definitely called for…