Amid the the pandemic crisis, some jurisdictions have recently attempted to re-open their bars – much to the delight of folks who have been suffering most from the stress of self isolating and social distancing. And there’s been a major spike in COVID-19 cases – and hangovers… 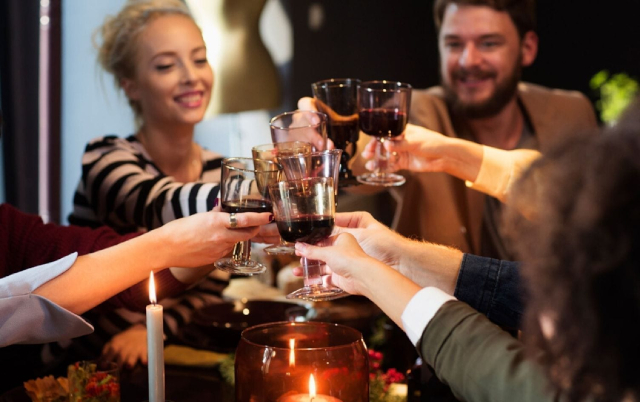 Once you reach your own personal limit and stumble into the no-man’s
land of ‘how much is too much?’, your brain is broken, and
it will let you know in no uncertain terms.

Oh, yes. Simply search the social media about ‘hangovers’. It’s just as easy to wake up with a hangover the next morning after an evening drinking your cares and fears away at home as it is when you’ve been drinking at a bar. But the same basic principles apply.

It doesn’t matter what you drink or how much; once you reach your own personal limit and stumble into the no-man’s land of ‘how much is too much?’, your brain is broken, and it will let you know in no uncertain terms.

But, even though the hangover has been known to humankind since the morning after the first human tried the first fermented beverage, there has never been a real, confirmed, scientifically-certified cure for the complex and confounding condition. Among the most popular grassroots theories, the best thing to do if you do have a hangover is to drink large quantities of Water, and/or eat Starchy foods. Fatty food is also recommended by a significant subset of the Starch enthusiasts, and that has led to a group of fringe believers in the curative power of Pizza with Double Cheese. But with that, conventional theories about hangover control pretty much end.

As my T-total paternal Grandmother always whispered when talking to her closest confidants about it: “I think it may be that God wants people who use Alcohol to know its dark side. But no matter how badly it effects them, they always seem to go back for more…”

According to an abstract of the Finnish Study: “Alcohol-related hangover symptoms: nausea, headache, stress and anxiety cause globally considerable amount of health problems and economic losses. Many of these harmful effects are produced by alcohol and its metabolite, acetaldehyde, which also is a common ingredient in alcohol beverages.”

“The hangover study was randomized, double-blind and placebo-controlled. Nineteen male [volunteers] randomly swallowed placebo and L-cysteine tablets. The alcohol dose was 1.5 g/kg, which was consumed during 3 hours.”

The researchers concluded: “L-cysteine would reduce the need of drinking the next day with no or less hangover symptoms: nausea, headache, stress and anxiety. Altogether, these effects of L-cysteine are unique and seem to have a future in preventing or alleviating these harmful symptoms as well as reducing the risk of alcohol addiction.”

I’m particularly interested in a couple of statements that the researchers just skim over: First they note that L-cysteine ‘would reduce the need of drinking the next day’. No more ‘hair of the dog’. That’s a big thing, as far as I’m concerned, especially with hard-core, habituated drinkers. Also, L-cysteine seems to have a future in preventing or reducing the risk of alcohol addiction. That’s a huge thing – if true.

As usual, more research is called for. Fine. Get right right on it!