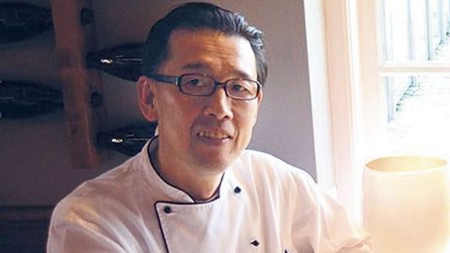 We’ve all had our differences with restauranteurs over something we’ve been served. Usually, when we find a hair in the soup or a bug in the salad. But a celebrity chef on the swanky German resort island of Sylt was apparently beaten to death earlier this week over a plate of fried noodles.

Miki Nozawa: Celebrity chef cooked for the likes of Mikhail Gorbachev,
Phil Collins, Naomi Campbell and Denzel Washington
before opening his own bistro.

Chef Miki Nozawa styled his cuisine as “Japanese/Italian fusion”. He was famed throughout Western Europe, from Sardinia to Berlin. And it all ended in a confrontation over a $25 plate of fried noodles, when a couple of customers walked out without paying their bill, claiming the dish was not prepared properly. Nozawa reportedly followed them into the street demanding payment of the tab, an argument ensued and Nozawa was left beaten unconscious. He died later as a result of his injuries. He was 57.

Police on Friday said they were questioning two men but no charges had been laid yet.

Apparently, this kind of aggressive response to food that doesn’t meet one’s expectations is not uncommon in Germany. A recent survey of some 5,000 food service workers in the country revealed that a surprising number had stories to tell about abusive customers – particularly some who disagreed with restaurant no-smoking policies. Servers and hosts reported being spat on, punched and even strangled by irate diners.

Give thanks that you live in a civilized country!