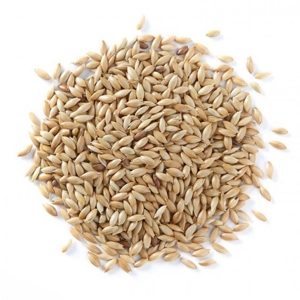 Canaryseed No Longer Just For The Birds!

Health Canada has just certified a long-known seed crop as fit for human consumption. It’s gluten-free and, according to a food scientist who’s worked on the stuff, it has a pleasant aroma and a nutty flavour when roasted. It can be used in many baking applications. Have you guessed yet? 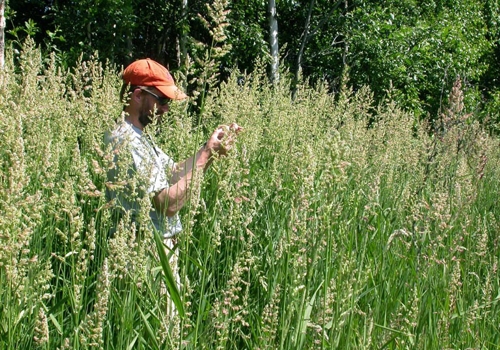 A Canaryseed farmer checking his crop. The Canarygrass plant, which produces
Canaryseed, can grow up to 6 ft. / 2 m in height.

You heard me: Canaryseed. And it’s being touted as an exciting new alternative for the Gluten-intolerant. It can be roasted and used whole, ground into flour or, with a little work on the techniques, pressed or puffed into cereals or snack foods.

The Canaryseed Development Commission of Saskatchewan is, predictably, overjoyed. The Health Canada ruling will almost certainly open up huge new markets for the product it represents. A marketing campaign is already under way.

So watch for the emergence of Canaryseed on the ingredient labels of your favourite Baked Goods, Snacks and Cereals. And keep an eye out for it raw, roasted or ground into flour at your favourite Health Food or Bulk Food store!