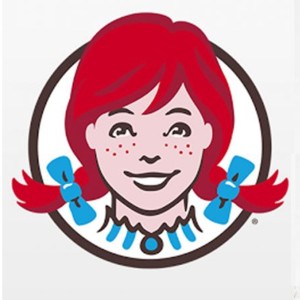 Looks like the Big Burger Chains are forming up in a hot-hot-hot Conga line behind the Sriracha phenomenon. Wendy’s is launching a test of it’s own Sriracha Chicken Burger in selected U.S. markets this coming Monday, with the promise of ‘all Sriracha all the time’ flavour to compete with McDonald’s… 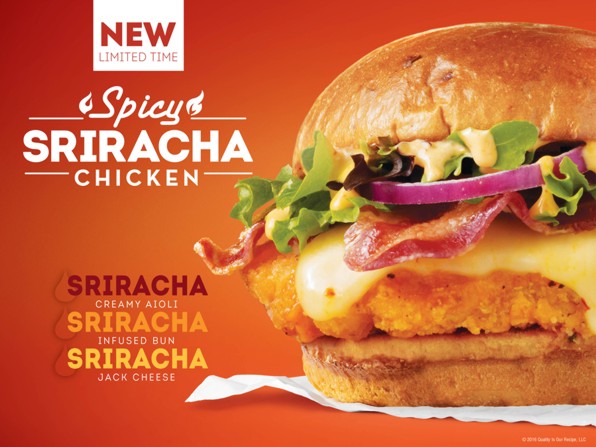 Wendy’s is pulling out all the stops with its new, limited time Sriracha Chicken Burger. It’s got a Spicy Chicken ‘Fillet’ on a Sriracha-infused Bun, topped with Sriracha Mayo and Sriracha Jack Cheese. Then there’s also Bacon, Spring Mix Salad Greens and a few rounds of Red onion.

And you can bet that Chicken Fillet was raised without the use of Antibiotics. That’s all great. But…

Wendy’s is the second of the major Burger purveyors to announce it’s hopping on the Sriracha bandwagon. McDonald’s got the jump on all the rest about a week ago when it launched it’s limited-time Sriracha Big Mac. Who will be next? And what sort of Sriracha-infused sandwich will they offer?

And why will they feel they have to offer it? Because McDonald’s, the bellwether of their industry, did it, so it must be the next Big Thing.

This is just further proof of what I dubbed Innovation Bankruptcy in a post a few days ago about the sorry, stuffed-to-bursting state of the Fast Food Industry – particularly the Burger Sector.

Every Burger Chain out there is scrambling to do something different to elevate its market profile above the competition, thus to gain sales and market share. But Innovation bankruptcy has set in. They’ve hit a wall on menu creativity. There’s a finite number of ways you can mix and match menu items and ingredients before you run out of truly new options.

It appears that the Burger Giants have stooped to scurrying up and copying whatever the leader does so as at least not be left out of any possible gains, no matter how small.

The End Is Nigh!

I don’t want to sound like some kind of Dooms Day conspirator, but – as I’ve said before – I see the late 20-teens and the early-mid 2020s as a time of turmoil and shake-out in the Fast Food Sector. Those brands that persevere will come out of it stronger than ever. Those that don’t try hard enough will perish. Much is going to depend on which of the players can overcome their current state of creative stagnation and reinvent themselves sucessfully…