Back Off On Canada, Jamie Oliver!

I’m sure you recall the debacle when U.S. movie actor Leo DiCaprio mistook a perfectly normal Chinook in Alberta for a horrific global warming event. We laughed. He blushed and moved on. Now, British culinary super star Jamie Oliver has opened up another can of Canadian worms… 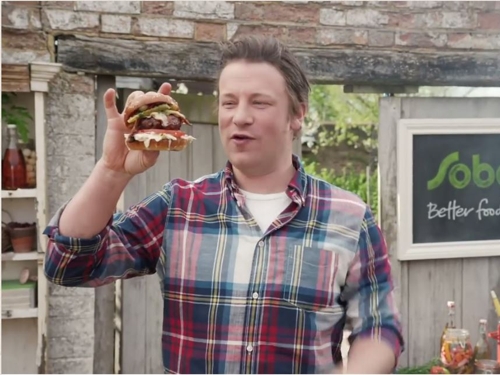 Jamie Oliver is the official spokes-Chef for Sobey’s ‘Better Food for All’ campaign.
He was also a major celebrity advocate for the recently imposed tax on
sugary beverages in the UK. But should he be getting
involved in Canadian politics?

Oliver has made a public statement decrying the obesity epidemic in Canada. Does he know that it’s much worse in the U.S.? Does he care?

I am moved to make a public statement, in response, decrying Mr. Oliver’s presumptive assumptions…

“Oi! Jam! I know you’re the high-profile foodie spokes-Chef for Sobey’s supermarkets in Canada and all, and your mission is to bring fresh, healthy food to us Canucks. But why butt in on our politics?

“Health Canada knows all about our obesity problem and has been considering ways to stem the fattening tide. We’ve even considered a sugar tax on fizzy drinks and other sugar-added beverages. Now, there is a powerful beverage industry lobby here but they may have a point when they suggest that a tax is not the answer.

“Canadian Beverage Association spokesperson Carolyn Fell says, ‘Canadians are drinking a lot less sugar sweetened beverages than they have in the past. It just doesn’t add up that a tax is required to change consumption when people are already changing their consumption patterns.’ Hear that? Canadians are already drinking less sugar!

“So, Jam… Leave our obesity challenge to us. We’re working on it. Really, we are! We’re flattered that you’re concerned for our health, but – stick a cricket bat in it!”