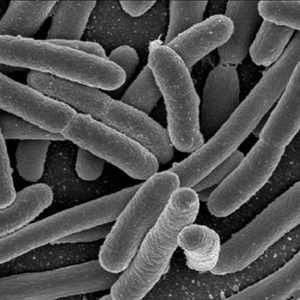 Another Whack At The ‘Five Second Rule’

Researchers at Rutgers University apparently have more time and money on their hands than they know what do with. They’ve taken yet another look at that old Nanny Goat of an issue, the so-called Five Second Rule. I thought I’d put that one to bed ages ago, in this very space… 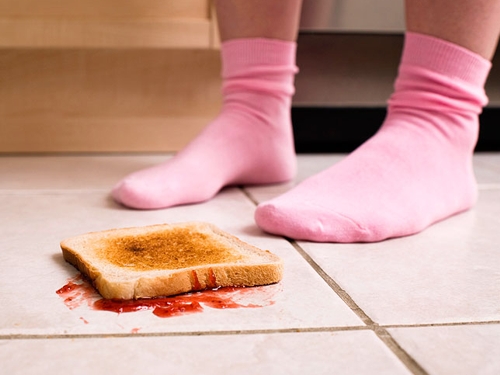 You have to adopt the perspective of a Food Industry Professional to understand
why the Five-Second Rule is Valid.

I was pleased to present, in this space, way back in 2014, the vindication of the ‘Five Second Rule’ by a UK research team. They looked at the question from my point of view – which is to say, they examined the chances of bacteria being transmitted to food after varying times of contact, not by the mere chance of transmission, period.

What they found was, it all depends on how long you wait before picking up the food from the floor. At 3-5 seconds the danger of serious contamination is minimal. At 30 seconds, the danger is much greater.

Now, if you do what the late, lamented Myth Busters did – let the dropped food ferment overnight under ideal temperature and humidity conditions – you’re sure to see mega-bacteria.The truth is, there are bacteria everywhere in our world, just waiting for a chance to multiply and do a number on you and your food.

Now, there’s a new misguided study by Rutgers University researchers saying the Five Second Rule is bunk. Here’s what they did to test it:

They chose four kinds of food and four kinds of surfaces for their study; watermelon, bread, bread and butter, and gummy candy, dropped on stainless steel, ceramic tile, wood and carpet. Then, they sampled the foods at four different contact times — less than one second, five, 30 and 300 seconds.

They found what I’d have expected: Longer Contact Times Increase Cross-Contamination of Enterobacter aerogenesfrom Surfaces to Food. In fact, that’s the title of their paper, published in Applied and Environmental Microbiology. But I humbly submit that they missed the point. In a statement to reporters, co-author Robyn C. Miranda said, “The five-second rule is a significant oversimplification of what actually happens when bacteria transfer from a surface to food. Bacteria can contaminate instantaneously.”

Sure! But how long until they multiply into a contaminant mass that’s actually dangerous for you to ingest? I suspect that these researchers were expecting their study would produce different results than it did.In the end, they just proved that there’s more than a little truth to the Five Second Rule!

I spent many hours studying for my Food Safety Training certificate. It’s all about keeping food safe from contamination, as well as how to choose the freshest food and how to keep it that way by employing proper storage methods. One thing I learned was that the Gospel of Food Safety has six chapters, the acronym for which is FAT TOM:

Food type – Some foods are naturally less likely than others to get contaminated.

Acid content – The higher the acid content of a food, the less likely it is to get contaminated by bacteria. All foods can host bacteria, but acidic ones are hostile to the little bugs. So is Salt, but a high-Salt diet just to protest food is inadvisable. Wait! We’ve used Salt to preserve food for centuries! Hah!

Temperature – Food pros have also known about the importance of keeping food at the correct temperature before, during and after cooking, and right through serving. The main rule is, either keep it cold (below 38 F / 4 C) or hot (above 145  F / 40 C) to prevent bacteria from multiplying.

Oxygen exposure – Most of the food borne bacteria that pose the greatest threat to us love oxygen. They need it as much as nourishment and moisture to thrive. We want to limit oxygen exposure as much as possible.

Moisture content – And speaking of moisture, like oxygen, moisture is critical for bacteria to thrive. We try to limit moisture as much as possible when storing foods, prepared or raw.

So what’s that say about the Rutgers Study?

It says the researchers should have talked to some food safety experts before going all clinical and quantitative and generating numbers that really don’t prove anything. Anything new, at least. I reiterate: There are bacteria all over the place, every day, even in our food and in the cleanest kitchens. It’s when they’re given the chance to proliferate that we have problems with food safety and health.

Give the poor old Five Second Rule a break!