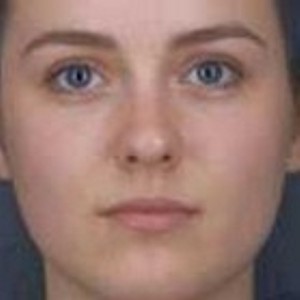 A Dietary Alternative to Sun and Spray Tanning

Will wonders never cease? Apparently, not yet. If you’ve been wanting that just-got-back-from-the-islands look but are afraid of the damage the sun might do to your skin, there is an alternative you can try. So says a report from researchers at the University of Nottingham, in England…

The research report says you really can get a healthy golden glow from eating more veggies containing carotenoids – the stuff that makes red and yellow fruits and veggies that colour. Apparently, these magical goodies are also found in lesser concentrations in some green veggies and some meats. Cod Liver Oil is the chamapion natural source of carotenoids, followed by poultry Livers, then Beef, Pork and other Fish livers. The recommended daily intake of carotenoids is surprisingly modest, compared to what you can get from some of the ‘better’ sources.

Carotenoids are described by the researchers as, “antioxidants that help soak up damaging compounds produced by the stresses and strains of everyday living, especially when the body is combating disease.” They are also said to be as essential to the human reproductive system. Another good reason to eat them – even if no one is claiming they are aphrodisiacs.

In a series of perception tests, though, viewers chose the carotenoid ‘tan’ over a natural sun tan when asked which was more pleasing and healthier looking.

The upshot of that is, that people seem to naturally favour associating with and – by association – mating with partners who appear healthier; i.e.- have that golden glow.

A word of caution…

Carotenoids are great for you, in many ways. But they can also be bad for you – toxic – if you go out of your way to eat too many.

Some carotenoids are converted into vitamin A in the body. Vitamin A is essential to many bodily functions including vision and skin health. Who doesn’t remember the old tale about eating Carrots for your eyes, and the newer advertising claims that retinol (a form of vitamin A) can make your skin look younger and healthier?

But too much vitamin A is toxic, and can cause Liver damage, Osteoporosis, Birth Defects and a long list of other specific and systemic disorders.

So… Before you go on a high-Cod Liver Oil diet in hopes of getting the perfect tan, make sure you understand all the potential drawbacks as well as you do the benefits!