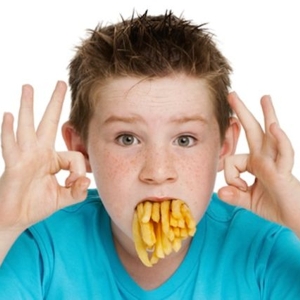 Researchers at University College London have concluded that simply limiting the amount of food kids are given at mealtimes could help reduce the scourge of childhood obesity – an issue that is sweeping the Western World and developing countries where Western foods and dining practices have taken hold. 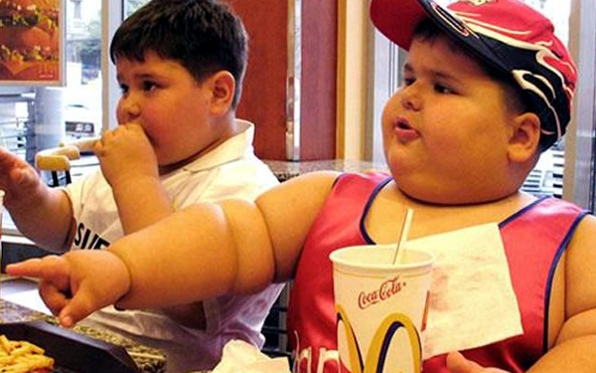 Obese children usually get to choose what they eat and how much they eat.
Be the boss! Limit servings and provide a balanced diet.

Researchers from University College London (UCL) floated their proposition at a recent meeting of the Royal Society of Medicine (RSM) that focused on obesity. Lead investigator Dr. Clare Llewellyn said that obese kids tend to eat more at mealtimes – as much as 5,500 Calories more each month – than non-obese kids and that adds up to constant weight gain. These fat kids, she stresses, don’t eat more junk food than normal kids, or eat more often. They just stuff in more Calories at regular mealtimes.

Just institute a ‘no-second-helpings’ rule, Llewellyn suggests. Okay. I can see how that might look like a good idea. But the parents of overweight and obese kids have a responsibility to feed their kids responsibly, too. Specifically, they must regulate the amount of food they put on their kids’ plates in the first place. Giving the kids too much food sets a bad example. This, coupled with the old ‘clean your plate’ rule makes it inevitable that some kids will get more than their healthy daily allowance of Calories.

“Some children are unable to regulate what they eat for themselves and many will not turn down food, even if they are not hungry,” Dr Llewellyn told Daily Mail after the RSM conference.

I go one step further than Dr. Llewellyn in my own common-sense recommendations for parents with respect to feeding their kids. Parents: Remember that you are the boss! Give your kids a responsible amount of food at mealtimes. Provide a balanced diet. Don’t leave sweet or Salty snacks where kids can get at them.

But the most important rule parents can adopt is this: Set a good example!