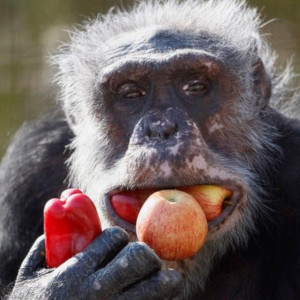 Researchers at Harvard’s T.S. Chan School of Public Health have validated claims that a variety of ‘healthy eating’ habits can reduce the risk of death from cardiovascular disease, cancer, or respiratory disease…

Are some ‘healthy eating’ habits more effective than others? Researchers performed intensive data-mining on the results of a mammoth 30-year survey of health care professionals.

‘[Researchers] used health data collected over 36 years from 75,230 women participating in the Nurses’ Health Study and 44,085 men in the Health Professionals Follow-up Study. All participants were free of cardiovascular disease or cancer at the beginning of the study and completed dietary questionnaires every four years.’

The study findings confirm, “A variety of healthy eating patterns are linked to reduced risk of premature death, according to a new study led by Harvard T.H. Chan School of Public Health researchers. They found that participants who scored high on adherence to at least one of four healthy eating patterns were less likely to die during the study period from any cause. and less likely to die from cardiovascular disease, cancer, or respiratory disease, compared with people with lower scores. The findings are consistent with the current Dietary Guidelines for America, which recommend multiple healthy eating patterns.”

I’d have appreciated more-detailed info on just how much less likely those study participants with, “high adherence to at least one of the four healthy eating patterns were to die during the study period from any cause.”

It’s become pretty intuitive to most of us that any diet that involves large amounts of fresh fruits and veggies is a good one. (Even the guy in the photo, top of page, has that figured out!)

Nevertheless… The study is just as important to all of us in that it validates the current DGA endorsement of the four healthy eating regimes examined.

Up-to-date information on Plant-based and Alternate diets will be particularly useful to those starting now to get their habits and metabolisms in line for the coming switch away from conventional proteins.