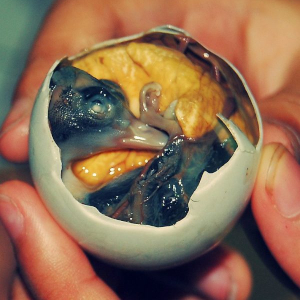 We’ve visited the Philippines before, in our ‘Expedition To’ series. What we found was both eye-opening and, at times, amazing. As we mentioned in the ‘Expedition’ article, the country’s culture is a rich stew of traditional island fare and influences from around the world… 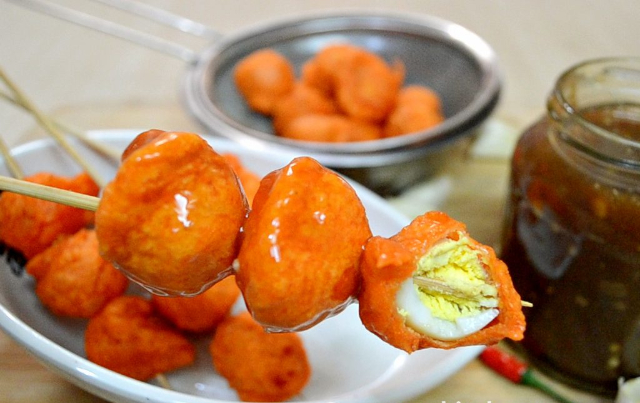 The Philippines has been, for hundreds of years, a stopping off point for international travellers. They’ve all left behind their own contributions to Filipino cuisine and the people have chosen those most intriguing (it seems) to incorporate into their unique style.

But the aforementioned borrowing is not pure appropriation. The Filipinos always manage to make outside ideas distinctly their own.

And let’s not forget how the Filipinos’ love of their land’s own native ingredients has coloured their versions of international dishes – changed them into something you wouldn’t immediately recognise as ‘borrowed’.

Another feature of Filipino street food any explorers will immediately note is the almost infinite variety of grab-and-go dishes. Even the most selective of posts I found touted anywhere from 13 to more than 30 ‘classics every visitor must try’. There are, in fact dozens of ‘classics’ which in turn have spun off regional variations in the hundreds.

Kwek-Kwek: Quail Eggs in Batter. The eggs are hard boiled, peeled and dipped in an orange-coloured and -flavoured batter for deep frying. You’ll find them sold individually or in multiples on skewers, served with a variety of sauces, not the least popular of which is vinegar with chilis and garlic.

Balut: Fertilized Duck Egg. The eggs are allowed to ‘mature’ for up to 21 days before they’re hard boiled and sold in the shell (see photo, top of page). The diner peels them and gobbles them down. If a apartially-developd duck embryo is unappetizing to you, you don’t have to try Balut. Maybe that’s why Kewk-Kwek developed the way it did.

By the way: ‘Kwek-Kwek’ is commonly held to be the noise that ducks make – rendered in the Filipino dialect! KK is also said to have been invented by a Balut vendor who ‘saved’ a batch of eggs she dropped on the floor by peeling them and battering them. Naturally, the shells were dirty and cracked. A little batter can cover up a host of sins…

Isaw: Intestines on a Skewer. You’ve been introduced already to some ‘interesting’ street foods grilled on skewers. Remember the whole barbecued snakes from China? 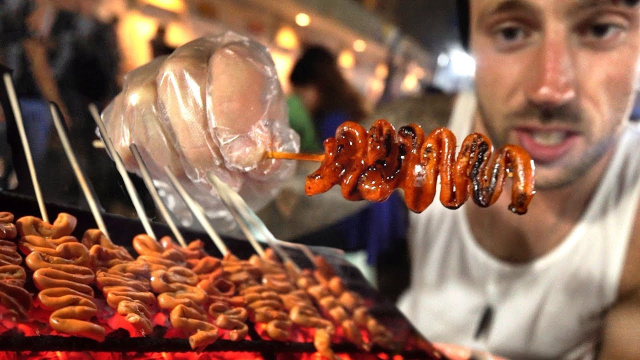 Well, the Filipinos have their own unique version of that; not snakes but carefully-cleaned pig or chicken intestines zig-zagged on skewers, and cooked over hot coals or deep fried.

Betamax: Grilled Chicken Blood. Really. Chicken blood is collected when slaughtering the birds, left to cool (at which point it has firmed up to a gelled state). It’s then formed into rectangles that street humourists said looked like little Sony Betamax video cassettes. (Odd sense of humour, these folks…) The rectangles are skewered and grilled, and served with that chili-vinegar sauce we mentioned earlier. 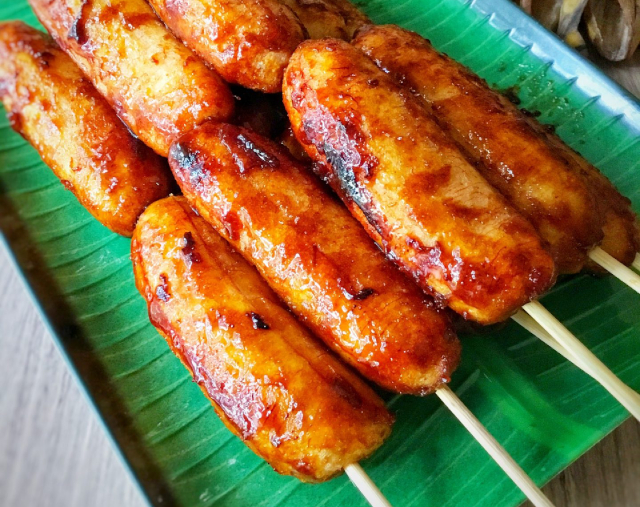 Fish and Squid Balls: Ground pollack or cuttlefish, mixed well with a generous amount of flour, and deep-fried. The squid variant is made of minced squid, flour, cornstarch, garlic, salt, and pepper. This recipe produces a light, fluffy crispy little puff that ranks among the most popular grab-0and-go treats in the Philippines. 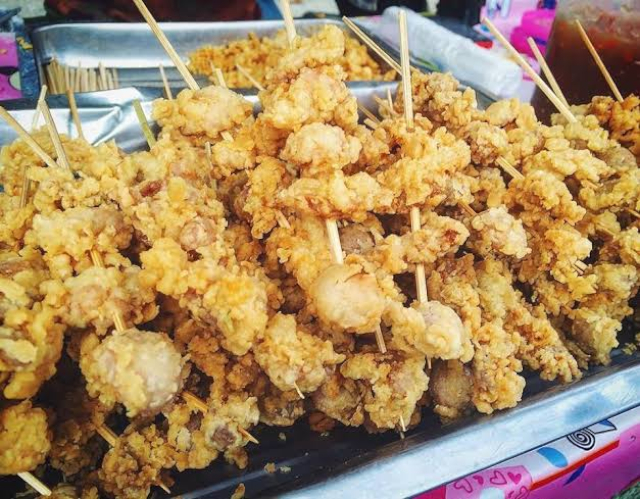 Served with a dusting of cayenne pepper and chili-vinegar sauce for dipping. This is a cheap and filling treat, a favourite of cash-strapped students and teens. Proben more or less takes the role, in the Philippines, that French Fries play in Europe and North America.

Kikiam: Battered Fish. The original ‘finger food’? – Because they’re shaped eerily like fingers. What more can we say? 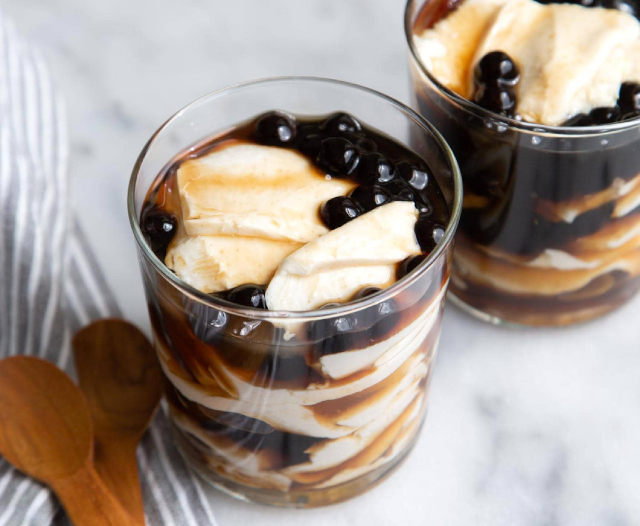 But definitely not a version of bubble tea. You usually eat it with a spoon. And it’s just the refreshing pick-me-up many Filipinos look for at what we call ‘coffee break’.

As we said earlier…

… That’s just the tip of the Filipino street food iceberg. You can Google yourself silly – literally spend hours – touring the street food of the Philippines and still have territory left unexplored. And if delicacies like Balut and Isaw leave you unimpressed, remember, there’s lots more that’s a lot less ‘extreme’!