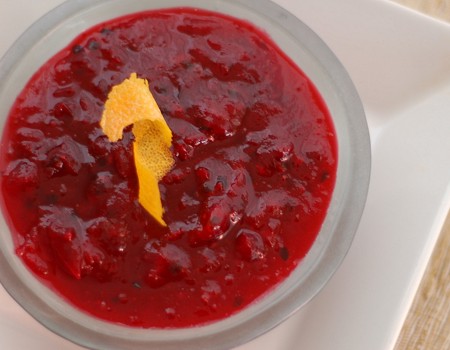 To conclude our Cooking 101 Series on Sauces, we’ll take a look at the principle Dessert Sauces. They generally fall into one of three basic categories: Caramels, Chocolates, Creams or Fruits. 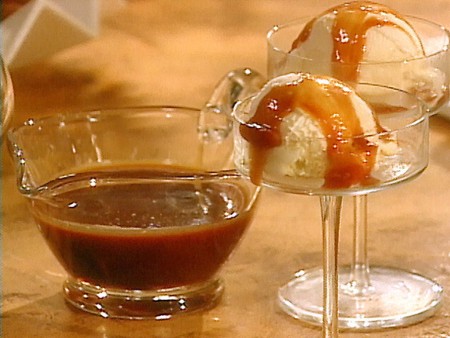 To make Caramel Sauce, just place equal volumes of white sugar and water (say one cup each) into a deep sauce pan. heat gently on medium low as the sugar melts into the water and dissolved completely (no gritty feeling when you rub a sample on the back of a spoon). Wait for the water to evaporate. As soon as the bubbling subsides the sugar syrup left behind will start to bubble, itself. And very shortly after that, the sugar will start to turn brown, or “caramelize”. DO NOT STIR the pot! This will cause crystallization and ruin your Caramel Sauce!

At the moment the sugar reaches a nice medium brown colour, add half a pound of Butter, all in one chunk if you like, and stir until the butter is melted and blended into the sugar. Now remove the pan from the heat. This is important to ensure that the mixture doesn’t burn! Then add a good splash of Heavy Cream and stir until the cream is totally incorporated into the Caramel. This sauce will stay creamy and saucy for you, whether served hot or cold. It will thicken with cooling but it won’t harden into a hard-candy brittle. What you get, in fact, is classic Butterscotch!

Now is the time, by the way, to add additional flavouring of your choice. I always add nice shot of Pure Vanilla Extract at this point, regardless of what other flavours I intend to add. You can add an ounce or two of Rum or Brandy for a traditional English Hard Sauce. Try a shot of Orange Liquer (eg.- Tripple Sec, Grand Marnier) and some Citrus Zest for a great, grown-up sauce on Ice Cream. Or try a shot of Bourbon or Scotch for a classic Whiskey Sauce. Truth is, you can add just about any flavour you fancy to classic Caramel Sauce!

My favourite Chocolate Sauce is really simple and really chocolately. Just place a cup of White Sugar and a cup of Water in a saucepan and heat to medium low, stirring until the Sugar is completely dissolved. Then add a cup of Cocoa powder and stir until the Coca is completely blended with the Sugar syrup. Stir in a good splash (about a teaspoon) of Vanilla extract and a pinch of Salt, and remove from heat. Stir in a dollop of Heavy Cream, if desired, to make it an even more sinful silky treat. Keeps in a tightly closed jar in the fridge for a couple of weeks, thanks to all that sugar. But I guarantee, it won’t last that long! 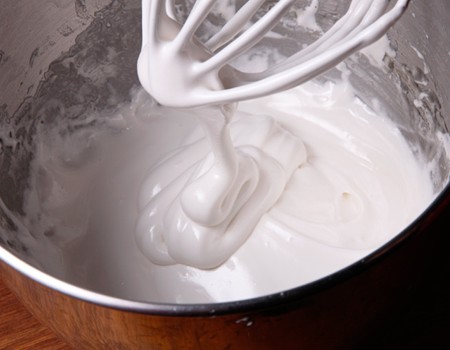 Whipped Cream Sauces are pretty simple to make. But there are some rules you need to follow to ensure success.

First, make sure all your tools are ice cold and squeaky clean. Some purists say you should place the mixing bowl and whip in the fridge or freezer for half an hour before starting in on the procedure. It also helps if your Cream is as cold as possible.

Use a steel or glass mixing bowl. Copper is classic, if you have it.

You can whip cream by hand pretty easily. But it’s much easier to use a hand mixer or stand mixer. Just put a cup of cold Heavy Cream, a teaspoon of fine White Sugar and a dash of Vanilla in the mixer bowl and get the whip attachment going, first on medium and then on high. Whip until the cream thickens and reaches the consistency you desire. You should get to the “stiff peaks” stage in under five minutes.

You can then add other flavourings. Almost anything goes, but perennial favourites include a slosh of Liqueur, some Fruit Purée, some Chocolate Sauce, a few drops of Peppermint Flavour… You can make your Whipped Cream match almost any dessert you want to put it on!

Just be sure, when adding other flavourings, that you gently fold the addition(s) into the cream so as not to beat the air out of it. And don’t use too great an amount of any additive. This will thin the cream and it won’t stand up as nicely, especially if you plan to use a piping bag or just heap it up high on your pudding or pie!

Whipped Egg Whites are the basis for Meringue, Marshmallow Sauce and other delights.

As with Whipped Cream, you must ensure that your utensils and bowl(s) are squeaky clean. Even one small smear of fat or oil will scupper your attempt to whip Egg Whites. And that includes even the tiniest bit of Egg Yolk. Separate your eggs with care! Do them one at a time, into a secondary bowl, to ensure that any errors in separation don’t ruin the whole mixing bowlful!

Unlike whipping Cream, you’ll get the best results if your bowl and utensils are at room temperature. And let your Egg Whites come to room temperature, too.They’ll fluff up to twice the volume compared to cold Eggs.

Here’s a nifty little bit of culinary magic. When you use a copper bowl to beat eggs, an electro-chemical reaction takes place that helps whip the Whites faster and make the resulting foam more stable. If using a steel or glass bowl, sprinkle a pinch of Cream of Tartar (Tartaric Acid) or a few drops of Lemon Juice (also an acid) into the Egg Whites as you beat. I find Cream of Tartar more reliable in this role and it does not ad any sharp flavour that you might not want.

If you add sugar, your beaten Whites will be creamier but less stiff. Actually, that’s Meringue! Use Superfine sugar for best results. You’ll have to beat the Whites longer to get regular Table Sugar to dissolve and you don’t want to over-beat your Meringue! To check if the sugar is totally dissolved, just rub a little of the Meringue between your fingers. If there’s no grittiness, you’re good to go.

You can use Meringue as is on a Lemon or Cream Pie or Bake it for a few minutes under the broiler to set it and brown it on the tips.

Marshmallow Sauce is based not on Cream or Egg Whites, but on Gelatin.

Completely dissolve one teaspoon powdered (or one sheet solid) dry Gelatin in one half cup cold Water, in a steel mixing bow, or the bowl of your electric mixer. Use a hand whisk or the whisk tool for your mixer. In a medium sized sauce pan, melt together one and one half cups white sugar, one cup light corn syrup and a pinch of salt, heating the mixture until a candy thermometer reads 240 F. This produces a nice, stable syrup; not a simple syrup (if too cool) or a hard-candy (if too hot). Stir a dash of Vanilla Extract into the syrup. Then, add the syrup to the gelatine mixture in the whipping bowl and start whisking. If you’re using an electric mixer, beat on low for a minute to blend the ingredients, then go on up to high for another 5 minutes, or until the stuff in the bowl looks like marshmallow sauce. When it looks right, it’s done.

You can store Marshmallow Sauce refrigerated, in a tightly closed glass jar (like a Mason Jar), for at least a week.

Raspberry Compote with Lemon Zest and a pinch of Cloves.

The easiest and freshest tasting fruit sauce you can make requires only three ingredients: Whole Fruit (fresh or frozen), Sugar and Water.

In a saucepan, add equal parts of Sugar and Fruit (by weight) to just enough Water to keep the Fruit and Sugar from burning when you heat it to medium-low. Simmer the mixture for about 10 minutes, until the Fruit starts to break down and has shared its natural moisture, sweetness, flavour and colour with the resulting Sugar syrup. I like to add a dash of Lemon Juice to brighten up the flavour a bit. Store refrigerated in a closed jar for up to two weeks.

As a fancy variation on the Simple recipe, cook the Fruit, Sugar and Water until the Fruit has completely broken down, whiz with a blender and then pass through a fine wire mesh sieve to remove all the seeds and other solids. Stir in a dollop of Heavy Cream to create a truly luscious, velvety indulgence.

Sounds fancy, but it couldn’t be simpler!

You can make a compote out of just about anything that tastes good with sugar and has some juice of its own to start with. Fruits are the most common compote bases, But I’ve made Tomato Compote and even Sautéed Onion Compote. Let your imagination run wild!

Just follow the directions for Simple Fruit Sauce but stop cooking before the Fruit breaks down. You can experiment with a wide variety of seasonings and flavourings, from citrus zest, to spices (such as Cinnamon and Cloves), to herbs (such as Cilantro and Basil), to sweet spirits (such as Brandy, Sherry, Madeira or Rum or fruit flavoured Liqueurs).

Actually, there’s an even simpler “adult sauce” that’s made by blending fresh fruits (such as Strawberries, Blueberries, diced or sliced Peaches and/or Cherries) with dried fruits (such as Dates, Prunes and Raisins) in a large Mason Jar. Simply cover with the Spirit of your choice (again, Sherry, Madeira, Brandy, Marsala, Rum, etc.) and allow to quietly mature in the back of the fridge for at least a week. A month is better. This process is officially known as “Maceration”, which simply means totally soaking the fruit in alcohol. This stuff is great on plain Vanilla Ice Cream. A little goes a long way!

This concludes our Sauces saga…

If we’ve left anything out, in your estimation, let us know!

Meanwhile… Tune in to our new Kitchen Safety and Smokehouse series – all part of Cooking 101 at Maggie J’s FFB!