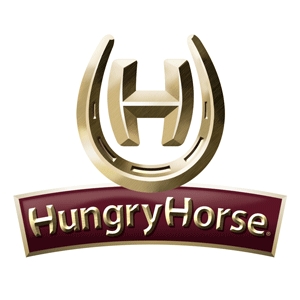 A pair of British lads who used to meet for supper two or three nights a week at a local pub have eaten their last meal there. One of them apparently complained so much – about what he considered too-small portions and poor food – that the proprietor banned them from ordering food… 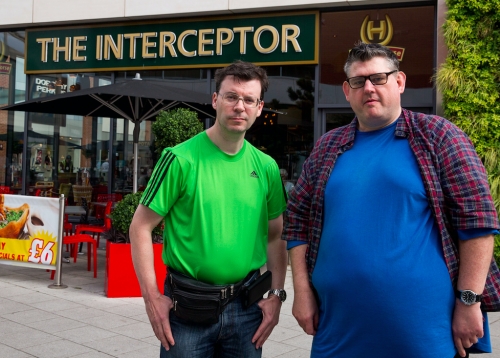 Ponder (left) and Stanley (right). Banned from the Interceptor Pub’s restaurant
after Stanley complained too much about the food.

A neighbourhood watering hole in West Bromwich, West Midlands, in the UK has banned the pair, pictured above, after one of them complained incessantly about the size of the portions served in the restaurant. The manager at The Interceptor, a Hungry Horse Pub, got fed up with 51-year-old Chris Stanley’s complaints that he banned Stanley and his bud, Jason Ponder, 31, from eating at the joint. They’re still welcome for drinks in the bar, but they’re not even allowed to order bar snacks. Maybe the chain’s name, ‘Hungry Horse’, led Stanley to develop unrealistic expectations…

“I’ve been served a burnt pie, under-cooked burgers, coleslaw that would [be] just inedible.” Stanley told reporters. “One time, I was mortified when I looked down at my plate and only saw about ten chips on there. Defending his complaints, he added: “I know when you pay £9 for two meals, you shouldn’t really expect much, but I should at least get an edible meal for my money. I wrote a letter to the manager, praising the staff but saying that the chefs needed to do their bit and start pulling their socks up. The manager came over and said ‘I’ve had enough of this, you’re always complaining, the pair of you’.”

Thus were the boys banned.

Stanley and Ponder were regulars at The Interceptor, supping an average of three times a week and dropping a total of about £25 every time. But Stanley says ‘the atmosphere has changed’ for him, now and he probably won’t go back.

Stanley says the incident almost cost him his friendship with Ponder. Seems Ponder was livid that Stanley got them banned from one of their fave eateries.

“Jason was fuming with me. We’ve been friends for over 20 years so I admitted it was my fault and I think he calmed down a bit then,” Stanley said.

I have to say, I’d have reacted the same way Ponder did to the result of Stanley’s BMC (bitching, moaning and complaining).

So, there you have it

I also say, if you don’t like the food, go somewhere else!

2016-09-20
Previous Post: PEI Fights Back In Lobster Roll Rivalry
Next Post: Starbucks: Be Careful What You Wish For!