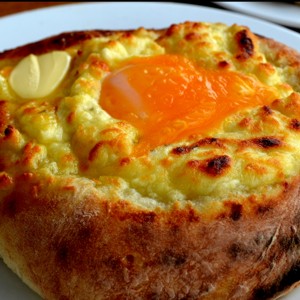 Pizza Lore: Pizza Around the World?

If you are into food at all – and you must be if you read my blog! – you’ll already know that ‘Pizza’ is part of the culinary culture of many countries around the world. I just wonder where you draw the line? When it is not Pizza anymore, but some other Flat Bread treat entirely? 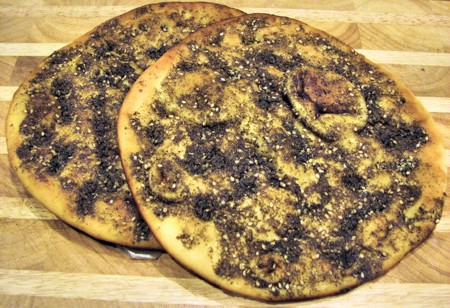 Za’atar Manakeesh: A tasty traditional Lebanese street food treat.
But is it Pizza?

I was surfing through the usual food news aggregation sites this morning and this post, titled Pizza Around The World, caught my eye not because I’m some sort of Pizza fanatic (although my family and friends would probably say I am), but because of the greater question it raised.

When is a ‘Pizza’ not a Pizza? Where do you draw the line between two far-out Flat Bread concoctions and say, “This one is an extreme Pizza, but that one is NOT a pizza!”

Okay… I’ve often said that, in my humble opinion, that neither the famous New York Style Pizza (with a thin smear of traditional Neopolitan toppings on a thin, cracker-like crust) nor the equally famous Chicago Deep Dish Style Pizza (again with traditional toppings but on a thick, bready, chewy crust with an upturned rim to keep the huge amount of toppings from running off) are really Pizzas in the traditional sense. There are millions who would, no doubt, argue that assertion.

But let’s look at some of the alleged Pizzas spotlighted in the above-noted post.

The Katchapuri, from the southern Russian region of Georgia, is described as a Cheese-stuffed Flat Bread topped with a Baked Egg. More like a Calzone, the post’s authors admit. But I thought it looked like a big, bready yellow eyeball. Creepy.

The Japanese Okonomiyaki is described as a dough either incorporating or topped with cabbage, pork, noodles, and squid. The dough looks to me like a clone of the well-known Chinese Potato-flour Pancake, which typically includes Spring Onions. Makes sense they’d have a version in Japan. ..

From the Middle East, where pita is the universal Flat Bread, comes the Lebanese Manakeesh,  topped with Za’atar, a mixture of Thyme, Sesame seeds, and Sumac seeds.Cheese and meat are optional. Reminiscent, in concept, of the age-old Roman street food favourite, Pizza Blanca – a nice puffy, bubbly Pizza crust simply drizzled with good Olive Oil and some Herbs (Rosemary, Oregano and Basil are all traditional) and sprinkled with Salt before baking. But can Manakeesh, on a Pita and not on a proper Pizza Crust, truly be considered Pizza?

I invite your comments.