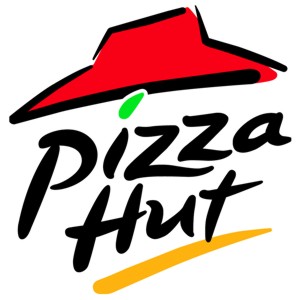 I guess it was just a matter of time – pizza and intensive gaming go hand in glove. Now, pizza giant Pizza Hut has quietly launched an app for the popular xBox 360 game system…One that lets you build and order your own pizza online. 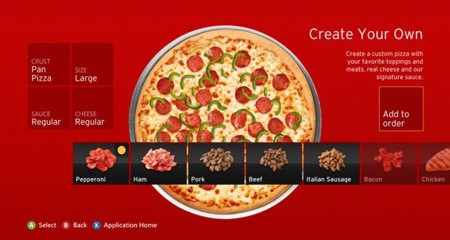 Remember the line in the 1982 SciFi film hit Bladerunner, where the detective’s love interest says, “I’m not in the business. I am the business!” She was an advanced androidic ‘replicant’, caught between being more-than-machine and less-than-human.

So it is with a new xBox app from Pizza Hut which not only lets you ‘build’ your own pizza online, but order it, pay for it and arrange delivery, as well. The app can’t quite decide whether it’s an online pizza-ordering interface or a game that lets you actually reach out from the console and affect the real world – not to mention quenching your recurring cravings for Pepperoni, Red Sauce and Cheese. The app works with the xBox’s Kinnect motion controls and voice controls, as well.

Pizza Hut PR Director Doug Terfehr told the LA Times there was, “[an]explosion of people who wanted to download it, experiment with it, play with it with Kinect.”

Pizza Hut proudly reports that it’s clocked more than (US)$1 million in orders during the app’s first four months in release. That’s pretty impressive. What’s kind of creepy is that you can connect the app to Facebook and let all your ‘friends’ know, automatically, whenever you’ve ordered a pizza. What’s interesting is that pizza Hut says it now received more than 40 per cent of its orders via its regular ordering website. The company actually came to this past week’s 2014 Computer and Electronics Show (CES) in Las Vegas to celebrate the 20th anniversary of receiving its first order via the Web.

What’s in store for the future?

These days, with merchandisers of every stripe constantly thronging to present consumers with something new just for the sake of having something new to tout, there’s always something more ‘coming soon’.

For Pizza Hut’s online presence, its a sweep of upgrades to its Windows, iOS and Android ordering platforms to make them more like the xBox app.

At this rate, I expect Pizza Hut to be next in line after Amazon to start delivering its products by aerial drone…

2014-01-16
Previous Post: Celebrities may be hazardous to your health!
Next Post: Foodie Life Lessons: Too much of a good thing…