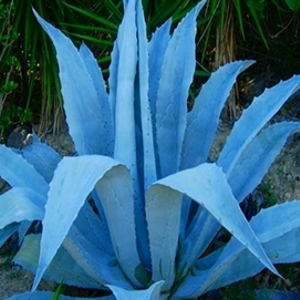 Our Next Weight Loss Fad: The Tequila Diet?

Oh, yes… The dream diet of the Shooter Generation. Or was that the Margarita Generation? Or was it just me? A legitimate research study, documented in the Journal of the American Chemical Society, suggests drinking Tequila may help you lose weight and lower your blood sugar!

Sugar plantation of the future? A field of prime Blue Agave stretches as far
as the camera can see at a Mexican Tequila distillery…

Talk about your wonder foods!

“Agavins are fructans contained in most Agave species. Fructans are polysaccharides with a wide range of applications in food items. Among their more relevant uses are as prebiotics, soluble fiber, and indigestible carbohydrates, to mention some.”

Agavins are natural sugars that occur in the Agave plant – the one from which Tequila is made. It seems they are sweet but are not absorbed by the human body. actually, They act as dietary fibre, and we all know that’s good for us. Fibre helps us feel full before we over-eat, and helps keep pout lower plumbing working smoothly. Since they’re not absorbed by the human body and are relatively inexpensive, Agavins have real promise as substitutes for calorie-heavy sweeteners such as Cane Sugar and High-fructose Corm Syrup.

And because Agavins are not absorbed by the body, they have potential as sugar replacements for Diabetics. Not to mention the effects they have on the diugestive system, causing the body to naturally produce more Insulin. Agavins, Lopez says, have the potential to help the 60,000+ Canadians who are diagnosed with Type 2 Diabetes each year.

With the cost advantyage, Agavins could eclipse the blossoming Stevia market. The only reason that Stevia hasn’t taken off as a replacement for conventional Sugars and artificial sweeteners is its price, roughly $100, per Kg, compares very unfavourably with that of Granulatred Sugar at a mere $1.25 per Kg.

Now, Stevia is two- to three hundred times sweeter than White Sugar, according to the lab tests, so the cost factor could turn out to be less daunting that it first appears. But you couldn’t use Stevia for cooking or baking where Sugar provides texture and bulk as well as flavour. we still don’t know how Agavin sweeteners would stack up to conventional Sugars in the bulk and texture department. However, Agavins are described by lopez and her team as somewhat less sweet than Cane sugar or Corn Syrup. So, the bulk and texture issues may not arise.

But there’s still reason to celebrate! Have another Margarita!