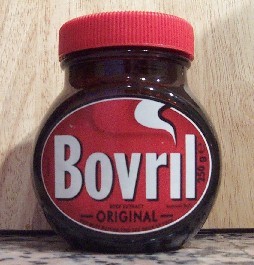 UPDATE January 27, 2014: The Canadian Food Inspection Agency clarified yesterday’s statement that both Irn-Bru soda and Marmite yeast extract are allowed to be sold in Canada, by specifying that only Canadian formulations, which do not contain disputed ingredients, are allowed. No one we’re aware of has yet come forward to attest to the authenticity of the flavour or texture of the ‘Canadian’ versions.

UPDATE January 26, 2014: The Canadian Food Inspection Agency yesterday officially declared that two of the British food products apparently banned from importation to Canada are, in fact, allowed to come into the country. Irn-Bru soda and Marmite yeast extract are back on the allowed list.

Original Post January 24, 2014: Lovers of British foods will be dismayed to know that some of their all-time classic favourites – true tastes of home from ol’ Blighty – have been declared unsafe for Canadian consumption by the Canadian Food Inspection Agency. Canadian Purveyors of British food imports are asking why… 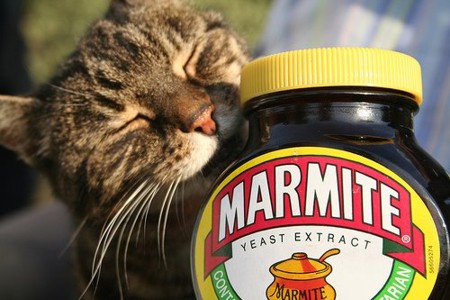 Some folks say it smells like cat food. Others can’t live without it.
Love it or hate it, the original, British version is no longer legal in Canada.

Among the treats now banned by the CFIA are: Marmite (yeast spread), Ovaltine (malt beverage mix), Boveril (a meat extract preserved with lots of salt; used as a beverage or to enhance gravies, etc.), Lucozade (a sports drink, similar to Gatorade, which is heavily advertised during British Premiere League soccer games).

Why are they now banned, after being available in Canada without question for decades? Seems the CFIA finally got around to analyzing them and found they contain ingredients that are permitted in the UK but forbidden here.

What does it mean to you?

Aside from the obvious fact that the proscribed products will no longer be allowed into Canada. importers are effectively hamstrung. Their businesses will suffer. But not nearly as much as the businesses owned by folks who make their livings by importing and retailing British foods. One such chap is Tony Badger of Saskatoon, who says he’ll have to close his store if the CFIA continues to crack down on British imports.

In an interview with the Saskatoon StarPhoenix, Badger says the CFIA sent him a letter last fall informing him of the ban. It also impounded a large shipment of British imports headed for Badger’s importing/wholesaling company. Not all of the goods in that shipment were on the CFIA black list. He says he lost something like $20,000 over the Christmas season just past because he didn’t have his best-selling products on his shelves in his peak season and some of the products that weren’t banned had already gone past their best-before dates by the time they finally arrived.

Better stock up on your Boveril and Marmite and such before your local supplier runs out!

But that’s not all…

Every time you bring something back from abroad, you are – legally speaking – importing it. So don’t expect to get any of these newly-banned substances through customs in your luggage. Based on the way the CFIA and Customs and Border Control have been treating commercial imports, your goodies will be confiscated and destroyed. The good news is, you probably won’t charged with any offense.

One of the banned foods is a Scottish soft drink called Irn-Bru, a fizzy orange beverage that’s pumped with caffeine. It’s so popular in Canada that the manufacturer, AG Barr of Cumbermauld, in the heart of the highlands, has created a Canadian version of its flagship product that does not contain the disputed additive. It’s widely available in Canada. But some purists – including Badger and his loyal customers – insist on the real thing.

But, if it’s just not available anymore, why not go with the substitute? It’s made by the same people, to the same high standards they’ve been maintaining since they first started in business in 1875. And, if Barr can accommodate to Canada’s food regulations, why not others, like Marmite and Boveril? They’re available all over the British Commonwealth and elsewhere. They must be set up to make accommodations to local requirements.

We’ll just have to sit tight through the long, cold Canadian Winter without our Ovaltine and see what happens…

2014-01-24
Previous Post: Yes! You CAN make your own Ham and Bacon!
Next Post: Plan to celebrate Robbie Burns Day with Haggis!