What would you do if you made a globally beloved product, the only one of its kind, no competition, and a faithful customer put up a positively worshipful website or Twitter account that drew tens of thousands of followers and friends? If you’re the makers of Nutella, you’d tell ’em to cease and desist. 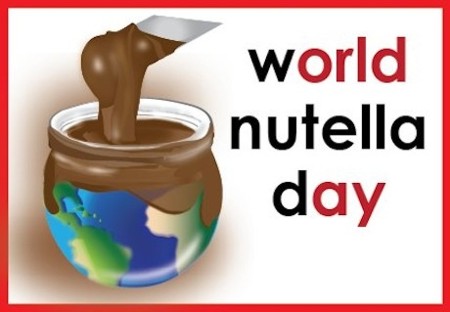 Well, Ferrero SpA of Italy initially snubbed what amounted to millions of dollars in free advertising and promotion by dissing their biggest fan, Sara Rosso, who had not only established Facebook and Twitter accounts but also founded International Nutella Day, at nutelladay.com.

But Ferrero back-pedaled furiously when its “routine brand defense procedure” was universally condemned (or ridiculed) by friend and foe alike.

And if that wasn’t bad enough, Ferrero was already in the midst of another scandal – or, at least, an embarrassment. The European Parliament earlier this year considered legislation aimed at curbing the global obesity epidemic, legislation which would force food processors and manufacturers to print a ‘nutritional profile’ on their labels, showing how much sugar, fat salt and other possibly bad ingredients are in their products.

Nutella fans went ballistic, starting rumours that the beloved spread wouuld be banned if the law went through. No so, said the Parliament. But it might have embarrassed Nutella’s maker, Ferrero, if the product’s stats were disclosed. Ferrero says it already does print a nutritional profile on its packages – maybe not in Europe, but definitely in Canada and the U.S. And the numbers speak for themselves: Two tablespoons of Nutella (about one-third of what the average person would put on one slice of toast) contain more than a quarter of your recommended daily total allotment of fats and 20 per cent of your daily allotment of saturated fats (the bad kind) in particular. That serving also contains 21 g of sugar, or 7.5 per cent of your daily dose. All told, that’s at least 75 per cent of your daily fat and a quarter of your daily sugar. And figure that most people have two slices of toast for breakfast. Whoops! Yer done!

Now, take into account that Nutella advertising has always promoted the product as part of a healthy lifestyle and you can imagine what fans of Italy’s unofficial national breakfast treat must have thought. Not so healthy, after all? As always, it’s up to you decide what you put on your body. And if that includes processed or fast foods, it’s only fair that you know what’s in ’em.

The Nutella Day website and the Facebook and Twitter accounts are still up and humming, and Nutella Day is still on. In case you’re planning to celebrate, it’s February 5.