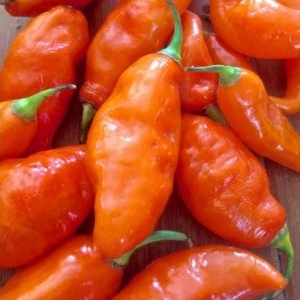 Finally… A biologist at Cornell University has come up with something all Chili Lovers have been waiting for… A Habanero that’s not hot. ‘Who cares?’, I hear the heat lovers yawn. Well, I say anyone who loves the flavour of the Caribbean’s fave Chili Pepper but can’t take the heat will care! 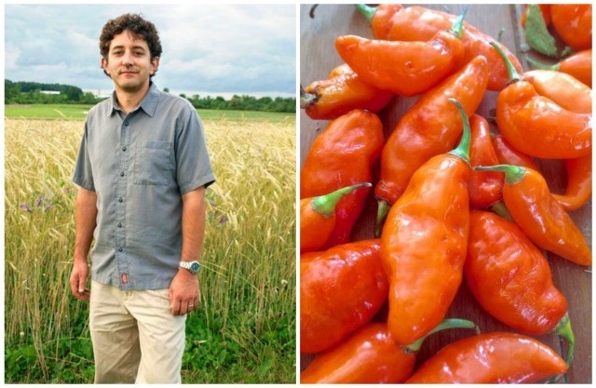 Professor Mazourek and his Habanada Pepper

Professor Michael Mazourek pursued a heatless Habanero for 13 breeding generations before he came up with a result that met all his requirements. He bred and cross-bred the classic Habanero with other heat-free but otherwise similar Peppers until he got what he wanted: A small ‘finger’-format Pepper with no heat. The flavour is described as ‘floral’, ‘tropical’ and ‘full’.

The key was coming across a ‘mutant’ Habanero strain that was heatless but preserved all the other desirable traits of the iconic Pepper.

Mazourek is no slouch when it comes humour, either. He’s named his creation the ‘Habanada’, as in ‘nada’ heat.

Now, you can have all the Habanero flavour you want and control the heat by adding Cayenne or Red Pepper Flakes as desired…

You can order Habanada seeds!

This is the time of year to start seeds for your 2017 summer garden. You can get Habanada seeds from Fruition Seeds, a provider of seeds and transplants for organic plants, headquartered in Naples, NY.

Not his first rodeo…

Mazourek previously developed a seedless Cucumber with high disease resistance which he named the Silver Slicer. He’s also come up with a small,sweet Butternut Squash he calls Honeynut Winter Squash. We’ll be keeping our eye on this guy to see what he comes up with next!