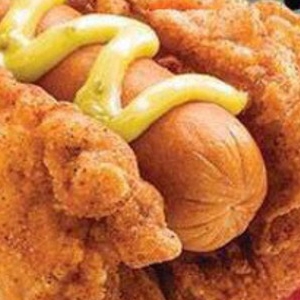 It seems that no more than a couple of weeks or so go by without a new eruption of Menu Madness on the over-crowded Fast Food scene. This time, it’s KFC, who are revisiting an old idea to stir up some new interest among jaded, over-hyped – and over-fed – lovers of deep-fried, take-out fare… 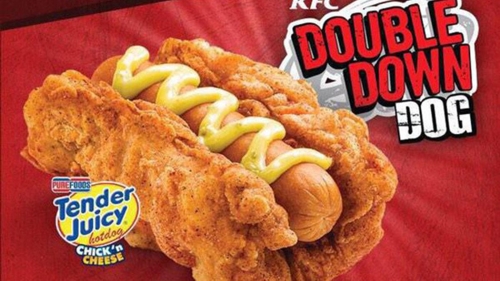 The new, extremely rare Double Down Dog from KFC. Only for a limited time,
and only in the Philippines!

Yes, KFC is rolling the dice again, doubling down a second time with it’s latest crazy menu item. And it seems that not even KFC is expecting this one to be around long.

What kind of feedback will KFC get on the social media circuit to this ‘flash mob’ offering? I fear that yours truly is playing into their hand by posting about it. But that’s the blogging biz.I think they might just ass it to their menu in selected markets of the response is positive enough.

Also, you can only get it in selected KFC outlets in the Philippines.