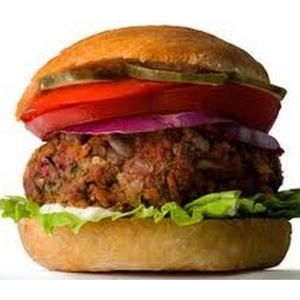 I Could Be Happy As A Flexitarian

You don’t hear about it very often, perhaps because its precepts really don’t line up with those of the mainstream dietary orientations which tend to pit Meat Eaters against Vegetarians. But I think there’s a lot to recommend Flexitarianism, especially in these times of ever-higher Meat prices… 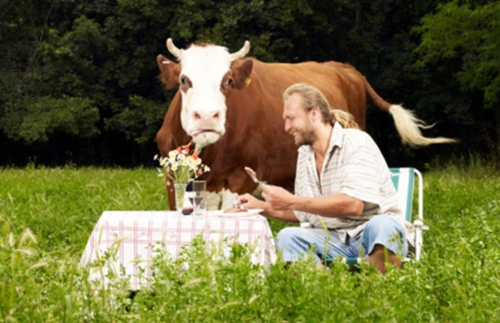 Flexitarians are at peace with the full spectrum of dietary regimes
– and fluctuations in food prices, in an age when we must adapt or die.

Flexitarians are defined as those folks who go out of their way to try Vegetarian dishes in place of Meat several days a week. Some call them ‘part-time carnivores’. They’ll eat Red Meat, Fish and Poultry when it suites them but, more often than not, they’ll opt for the Beans and Rice route. I like the idea of Flexitarianism, in as much as it adds variety, Fibre and new flavours to your diet. It’s also cost-effective in these times of ever-higher Meat prices.

When Meat prices started to rise and, last year, when produce prices followed suit, I predicted that we’d all accommodate by buying less Beef and eating more locally-available, storable fruit and Veggies. And, according to recent surveys, we’re doing just that. Blame the ‘$8 Cauliflower’ affair for that one, I guess. High Meat prices have also triggered a quest for ‘alternative proteins’. Fried Grasshoppers, anyone?

The beauty of it is…

As a Flexitarian, you get to go with the flow and eat whatever you want, always in moderation. Consider the restrictions and attendant drawbacks of other dietary regimes:

Vegans eat only vegetable matter. No Dairy, Eggs or anything like that.

Vegetarians come in many flavours, depending on whether they eat Dairy or Eggs, or not.

Pollotarians eat only poultry, along with anything Veggie.

Piscatarians eat only Fish along with anything Veggie.

The Piscos are up against high and rising prices for Fish and Seafood, these days, unless they catch their own. Pollos face relatively modest price increases but their protein of choice is definitely pricey. Seen how much a family-sized Turkey costs, these days? I saw a tray of Chicken Wings at the supermarket yesterday for $18. ‘That’s nuts!’ I said to myself.

Then, I realized my brain was, momentarily at least, stuck back in The Good Old Days. Wings were considered waste. Ground Beef was called ‘Hamburger Meat’ and was made by grinding up all the bits trimmed off the Steaks and Roasts. Sausages were composed largely of similar odds and ends from the Meat cutting process. Soup Bones were free. Yup, I’m dating myself. But I also remember $0.10 Wing Night, after Wings flew into the limelight on Bar Food menus. Then it was $0.25 Wing Night. Then it was $0.50 Cent Wings and then $0.75. That’s about the same price as those supermarket Wings I passed up yesterday – because they were just too expensive.

Mom made me do it…

My mother raised me to think that anyone who couldn’t afford a nice Roast of Beef for Sunday Dinner was ‘poor folks’. For Dad, it was tangible proof that he’s done his duty as the breadwinner.  But Mom and I agreed to share a big Cobb Salad for Father’s Day Supper this past weekend. It  was something we’d never put on the table for Dad, especially for Sunday Dinner. And we knew that, if he was looking down on us from wherever he is now, he’d get a good laugh out of it. Not to mention, the whole platter cost less than a 2 lb. / 450 g piece of Flank Steak.

And, by the way, that Salad was a perfect expression of Flexitarian thinking…