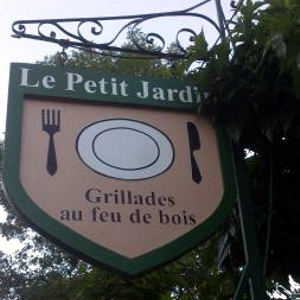 Devotées of English Football (Soccer) will know instantly what a Red Card means: ‘Out of the game!’ In France, they play by English rules. At one French Restaurant, the staff will politely ‘show you a ‘Red Card’ when you’ve broken a house rule rather than raise voices and disturb other diners… 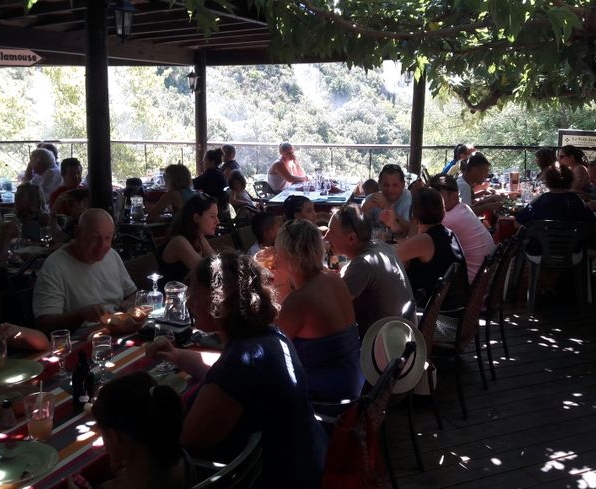 At Le Petit Jardin, a fine dining restaurant in the quaint village of Saint-Guilhem-le-Désert just north of Montpellier, cell phones are banned. And that includes taking a photo of your plate. No! No! No!

Owner Hean-Noël Fluery told The Local: “It’s a tradition in France to talk during meals,” he said. “As soon as we blow the whistle and show a card it gets the whole restaurant involved and even encourages dialogue between different tables.”

Fleury uses the same system as the footballers: One whistle and you’re warned – a Yellow Card. Another and you’re ‘sent off’ with a Red Card. And that means you are ejected from the establishment.

The cell phone ban is just one of the rules Fleury enforces on diners, but the rules are all intended to make the Le Petit Jardin experience more pleasant for those who don’t infringe them. Coca Cola, Mayonnaise and Ketchup are also banned.

A recent survey revealed that four out of five French diners use their phones during a meal.That suggests Fleury can expect major push-back – and loss of business. But he says business has not suffered and, in fact, some customers have told him they enjoy the phone-free atmosphere.

The real problem, he says, is with young people who feel entitled to use their phones any time they want to.

“We have had some unpleasant comments on our Facebook page from young people who don’t like the ban and who have not appreciated being shown a card in front of others,” Fleury notes.

The ‘unpleasantness’ doesn’t seem to bother him.

“Some have refused to put down their phones and said they don’t like the rule and have left. I don’t mind, I’d rather people like that eat in another restaurant – there are three in the village. If they are in a bad mood or grumpy they should go. We explain the rules to them all when they come in. People accept having to turn their phones off when they go to the cinema or the theatre so why not restaurants?”