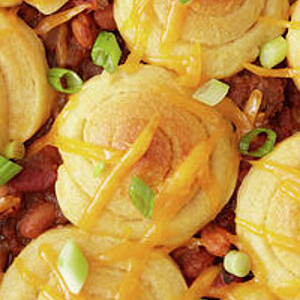 We’ve got more than our usual share of fridge-to-oven and hand-food announcements again this week… But that may just reflect the raging resurgence of new COVID-19 cases across the U.S. due to the premature re-opening of the economy, and the re-imposition of masking and social distancing rules… 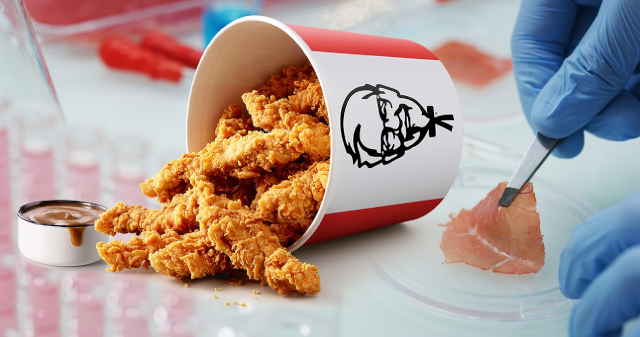 KFC is planning a test marketing program for its new
Lab-Grown Chicken later this year – in Moscow.

The Fried Chicken Giant has confirmed it’s actively working to develop Lab-Grown Meats to replace the farm-raised ones it now uses. Word comes as the company also rolls out a new, large-scale market test of its new Plant-Based Chicken substitute products in California. U.S. Lab-Grown Meat specialists including Memphis Meats and JUST, have been trying to develop products including Meatballs, Nuggets and Liquid Eggs over the past few years, but KFC is partnering with a Russian company, 3D Bioprinting Solutions, known for creating replacement body parts. Their KFC Nuggets will use some plant material, but mainly cultured cells from chickens to, “reproduce the taste and texture of Chicken Meat almost without involving [any] animals in the process,” according to a July 16 release. KFC expects to test market its new bio-printed Chicken products later this year – in Moscow.

Wendy’s has launched a new Wendy’s Rewards loyalty program designed to let you instantly collect and redeem points using your smart phone and their new app. Once you’ve joined the program, just order your Wendy’s favourites as always using the phone app, the online site or in store at the counter. If your order using the phone or online app, that’s all you have to so. your points will be added to your account automatically. If you order in store, scan the QR codes on your menu items with the phone app. Redeem points for Rewards at the online Wendy’s store. Available at all participating Wendy’s locations.

BK has cultivated whole legions of fans based solely on its famous Apple Like. It’s been distinguished from the competition by its real-Apple-Pie construction (as opposed to the extruded, Hand-Pie format all the others use) and the rich, gooey flavour and texture of its plentiful fulling. Alas, the supplier isn’t making it anymore and BK has issues an abrupt cancellation notice. Hard-core fans are raising an online revolt against the loss of their beloved Pie. We’ll see what BK does about re-sourcing the product – if it can do anything.

It’s up to you to decide which is the best KK-Reese’s collaboration of all time. Just buy the special limited-time Greataste Reese’s Donut of All Time selection and Tweet the “greatest, most creative review” you can come up with for your candidate using hashtags #TheGreataste and #KrispyKreme, and tagging @krispykreme. But don’t delay, KK will be declaring a winner next month – and the winner will earn a permanent place on the KK menu!

Attention, fridge-to-oven fans: Pillsbury is now offering new Cornbread Swirls (see photo, top of page), “the easiest way to home baked Cornbread.” Like other Pillsbury Dough-in-a-Can style products, you whack the cardboard canister on the edge of a table or counter and unroll it to reveal 6 pre-swirled Cornbread Muffins that you just pop into a Muffin tin and bake for 13-17 minutes, depending on your oven. Imagine where you can go from there creating Hand Meals and Snacks for movie night!

Cheez-It pairs with a House Rosé

Is this the chi-chi snack platform of the future? Cheez-it thinks so. It’s selling combo boxes of its White Cheddar Crackers and bladder packs of a House Rosé for (US)$29.99 online at OriginalHouseWine.com while supplies last. A previous test market last year featuring a House Red sold out in minutes.

… On what’s going to be making some of us fatter over the days and weeks to come. See you back here in seven with the next edition of Fast Food Week!