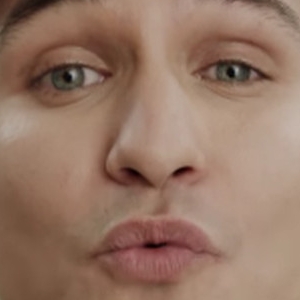 Well… We really have a broad spectrum  of Fast Food News for this this week. Everything from hacking Google to a Coffee cup that saves your vision. No, Really! And we have a few choice new menu items to spotlight and a thought piece about McDonald’s recent ‘Fresh Beef’ announcement… 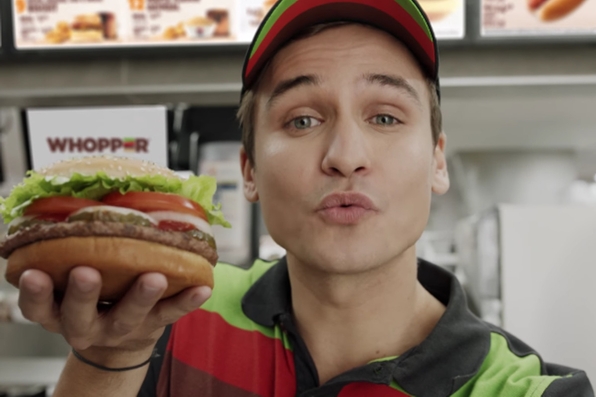 So, the burger basher gets in close and says the magic Words; “Okay, Google…”
and it sets off a fire storm. The intrusive, privacy piercing feature
of the TV ad has been disabled.

Burger King tried something slick and techy and it worked for a while, but soon became m ore of an embarrassment than a boon to the brand.

The Burger giant made a TV commercial that was geared to activate Google and Android devices that respond to voice commands. And it did. But when folks realized their devices were just reading off the Wikipedia blurb on the Whopper, they went in and edited the blurb. At one point, the devices were telling folks that Whoppers were made with children and cyanide! Hah!

A new re-usable coffee cup has been launched by RummiCup.com. It’s revolutionary in that it lets you keep looking straightforward while tipping your Coffee for a sip. You don’t have to tip your head up to drink! That means you don’t get that momentary ‘blind spot’ when you take a sip. It’s a great safety idea and it works. Now, I no more recommend walking and drinking than I do walking and texting. But, at least, with this cup, you can see the train bearing down on you.

The thing isn’t overly large, but it’s not overly expensive, either.  And it’s full of great stuff: a double serving of seasoned ground beef plus lettuce, tomatoes, shredded cheese, crispy red tortilla strips, sour cream, and avocado ranch dressing, all wrapped up in a warm flour tortilla. Yum! Get two.

Market observers are wondering if McDonald’s latest Big Announcement – that they’ll be using Fresh Beef on their Quarter Pounders everywhere by the end of the year – was the right thing to do, but it may be too little, too late for the Burger Giant to really cash in on its trip aboard the ‘Fresh Meat’ bandwagon. We agree. Other Fast Food competitors are already using ‘fresh, never frozen’ Beef for quite a while. One Burger Fan we talked to recently said they thought McD’s was being a grumpy old giant, grudgingly joining the ‘Fresh Meat’ movement because it had to, not because it wanted to. Becuse McD’s realized the market trends were passing it by. We’ll be curious to see how this one pans out…

And that’s our Fast Food Industry News Roundup for this week. Happy Easter and Happy Eating!