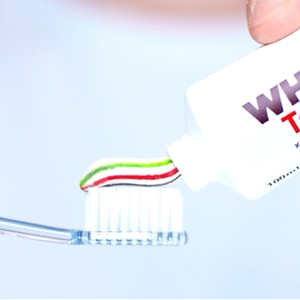 Here we are, again! Time to review, select and spotlight the best of this past week’s Fast Food sector news. Here’s all the rest of the notable news, aside from McDonald’s announcement that it’s moving to fresh Beef. And don’t worry… At  least one major player didn’t forget it’s April Fools time!

Burger King’s 2017 April Fool’s Day prank. But will it really be available?

The second-most-loved Burger chain, Burger King, has announced the ‘launch’ of its new Whopper Toothpaste. Keep that ‘just-gobbled’ sensation all day long! According to the one-minute TV commercial that’s been airing in select markets this past week, the Toothpaste will be available in BK outlets and Drugstores in the near future. Maybe it will. Remember KFC’s ‘Finger Likkin’ Good’ nail polish?

BK took out a full-page ad in USA Today on April 1, 1998, announcing the launch of its ‘Left-Handed Whopper’. BK told customers that all the ingredients on the ‘new’ Whopper had been rotated 180 degrees for ease of eating by Lefties.

While not really a Fast Food outlet, Chipotle’s deserves a mention for having succeeded in banishing all added colors, flavors, and preservatives from its Tortillas. And that’s the last chapter in their story, which has seen the banishment of additives from all their foods and ingredients. The move is seen as a major effort to restore the chain’s credibility after several food poisoning incidents last year.

MLB has named an official Hot Dog, for the fist time in its 141 history. What better official food for the game, since the Hot Dog has been the unofficial ‘official’ food of baseball for a hundred years. And what better Hot Dog to make official than Nathan’s Famous, the first and original Hot Dog, first made and sold way back in 1916 in New York City!

The L.A. Dodgers are opening their season with a new signature Burger at concession stands round the stadium. Its called the Dodger Burger (Doh!) and it has both a Dog and  Burger Patty inside. The recipe goes something like this… Dodger Dog on top, Beef Patty on the bottom, beer-battered jalapenos, caramelized onions, and Budweiser barbecue sauce over all. We assume the Dog will be a Nathan’s Famous, the new Official Dog… Well, you know…

Carl’s Jr. and Hardee’s have decided to discontinue their recent super-model based ads. New ads that started running this past week seek to establish the brands as the “Pioneers of the Great American Burger.” The new focus is on core values, emphasizing quality, innovation, and history. A brave move, but will it work?

2017-04-01
Previous Post: McD’s ‘Watershed Moment’: Fresh Beef!
Next Post: Do You Refrigerate Butter Or Leave It Out?