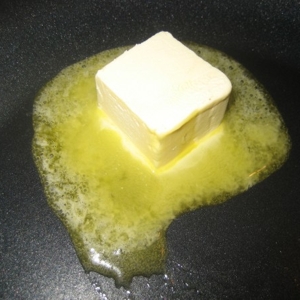 Defective Gene A Direct Cause Of Weight Gain

We’ve long been told that some people are more susceptible to weight gain than others because of their genes. Now, scientists have found a direct link between a specific gene variant and the tendency to choose high-fat, high-sugar foods. It’s another step to understanding why we get fat… 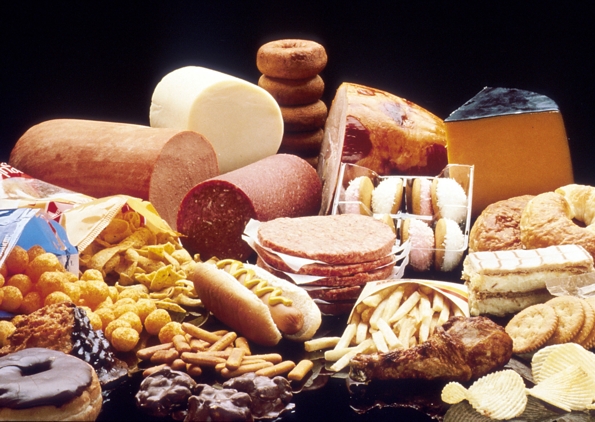 A veritable feast of high-Fat foods. I’ve never met a high-Fat food I didn’t love…
And I don’t need a genetic test to tell me that!

Some time ago, we told you in this space that scientists had discovered we are all hard-wired to pig out on Fat, Salt and Sugar. Back in the Stone Age, our remote ancestors evolved to take maximum advantage of Salt, Sweet and Fat whenever they found them. Of course, they didn’t know when or what their next meal would be. Now-a-days, we’re much more food-secure. But we still tend to go for the Salt, Fat and Sugar over, say, a Salad.

Now, new research has isolated a gene that seems to control our tendency to choose high-Fat foods over lower-fat alternatives.

What did they look at?

Scientists from Cambridge University in England sampled the DNA of students at the prestigious Eton School and then gave them a choice of three versions of a common dining hall dish – Chicken Korma. One version was high-Fat, another was medium-Fat and the third was low-fat. But all looked the same, had the same texture and colour and smelled the same. Students sampled all three, then were invited to eat as much as they wanted of any of the Kormas. The researchers included a full range of body types in the survey group, from skinny to obese.

The results showed that many students who chose the high-Fat Korma also had a defective variant of a specific gene previously associated in studies on mice, with a tendency to eat more fat. Another arm of the Cambridge study also confirmed, in its human test sample, a tendency shown in mice with the defective gene to eat less sugar.

In a few words, the Cambridge study not only confirmed the theory that Stone Age tendencies persist in our brains in relation to choosing certain foods, but also demonstrated one neurological mechanism that affects those choices. That’s what ‘hard wired’ means.

Now, all this is not to say that fat people are not responsible for their condition, or the extra costs to the economy and the health care system that they cause. It just confirms that fighting a tendency to be fat may be harder than we thought. Nevertheless… I, for one, believe we have to keep on fighting.