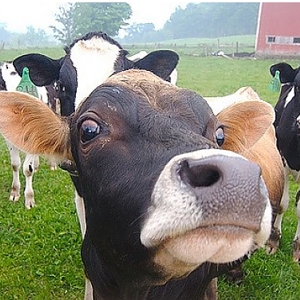 We’ve all heard about the breakthroughs in packaging materials made since the turn of the millennium by the lab denizens of the chemical industry. But what if I told you they’ve now gone a step further, creating a package that’s not only attractive and versatile, but totally edible… 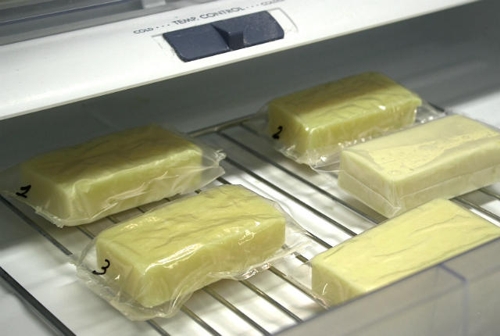 Milk Protein-based wrappings are clear, flexible and even better than regular plastic
materials for packaging food. And, they’re not only bio-degradable, they’re edible!

There are lots of reasons to avoid plastic packaging if you can. Plastic is not 100 percent impermeable, allowing outside gasses in. It can also impart off flavours to foods and leach chemicals into what you eat. and plastic films create millions of tons of non-recyclable waste every year.

What’s a giant food manufacturing juggernaut to do?

Science to the rescue

As astronaut Mark Watney in The Martian might have said, they scienced the Hell out of it.

Scientists have now come up with a method of making ‘plastic’ film from Milk proteins. Not only is it bio-degradable, you can actually eat it. Great for lazy snackers. You won’t even have to open the chip bag or unwrap the candy bar. Just go in with the old chompers. And leave no evidence behind (a particular advantage for guilty midnight snackers)!

The development was revealed by its creators earlier this week at the 252nd National Meeting & Exposition of the American Chemical Society (ACS), the same confab that gave us the hope for a Tequila weight loss plan in the future.

Lead investigator on the project Dr. Peggy Tomasula says it’s an all-round win: “The protein-based films are powerful oxygen blockers that help prevent food spoilage. When used in packaging, they could prevent food waste during distribution along the food chain.”

Going massively to non-oil-sourced ‘plastics’ could make a huge difference in future prospects for that non-sustainable resource.

Dr. Laetitia Bonnaillie, co-leader of the study says, “The coatings applications for this product are endless. We are currently testing applications such as single-serve, edible food wrappers. For instance, individually wrapped cheese sticks use a large proportion of plastic — we would like to fix that.”

The scientists say spray coatings of the colourless, odourless and flavourless material could result in Breakfast Cereals that stay crunchy in Milk longer and Pizza boxes that don’t bleed Cheese grease and Olive Oil.

In addition, edible packaging could easily accommodate added vitamins and minerals as well as flavourings and colourings. Imagine the possibilities for packaging designers and marketing wonks!

The new milk-based plastics do have their drawbacks, though. You have to protect them from getting wet or dirty. That means selling them in external cardboard packaging for protection, especially if the product in question is intended to be eaten with the wrapper on. Like the aforementioned Cheese Sticks, for instance. And the shelf life of the milk-based plastic, including resistance to heat and UV light has not yet been determined.

We’ll be watching this one closely. Look for the first applications of this new technology to hit retail shelves in about three years!