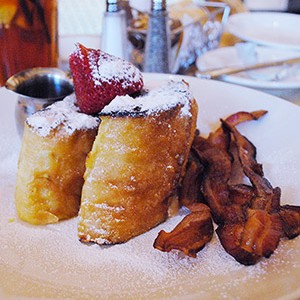 Are these N.A.’s Unhealthiest Restaurant Meals?

I hear you saying, ‘First, define unhealthy!’ Okay… So the survey that came up with a list of the top eight unhealthiest restaurant menu items on the continent DID define the term – in terms of Calories, Fat and Salt. And did they ever come up with some menu monsters! 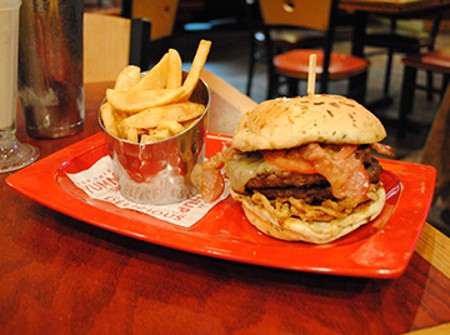 The Red Robin Monster Burger special… Only room for a tiny corner of the
big Milkshake in the fame. It’s a monster in every sense of the word!

I came across this story first in the newspaper – not in the food or lifestyle section, but in the ‘Comment’ section – where weighty social, financial and political issues are usually discussed in the sternest of terms. I guess someone at the paper felt this literally-weighty issue deserved special prominence in our minds – albeit, to be considered over our breakfast!

The top-placer in the catalogue of dietary disasters published in a report this week by the (US) Center for Science in the Public Interest (CSPI) – at least in the Calorie category – appears to be the Red Robin restaurants’ ‘Monster Burger’ and Bottomless Fries special, which includes a Medium-sized Milkshake – for a total calorie count of 3,540. That’s 1,500 more than the average male office workers needs daily for good nutrition, and twice what the average female office worker needs. Nutty!

The winner of the dubious distinction of Worst in Sodium was ‘The Big Hook-Up’ at the Joe’s Crab Shack chain, a combo of Fish and Chips, two kinds of Seafood Cakes, Cocoanut Shrimp and Crab Stuffed Shrimp, with Hushpuppies and Cole Slaw on the side. It weighs in at 7,610mg of Sodium, though trailing the Monster Burger with ‘only’ 3,280 calories.

In the Fat department, The Cheesecake Factory’s ‘Bruléed French Toast‘ clocks in at an almost unimaginable 93 grams of saturated fat (almost a full work week’s worth). although its calorie count is a relatively modest 2,780 per serving.

Overall, the 2014 XXXTreme Eating Award goes to The Cheesecake Factory, which placed multiple menu items in the CSPI ‘Dietary Hall of Shame’…

The Morals to this story?