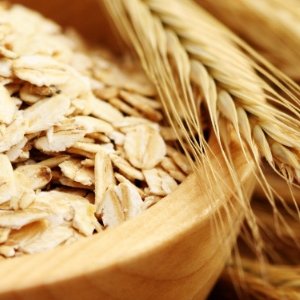 We’ve heard a lot recently about eating cereal for breakfast. Excluding ancient and venerable Oatmeal, many cereals have come in for criticism – especially the supermarket brands that are mostly sugar. But, now, Science has identified how a compound in natural cereals that looks promising… 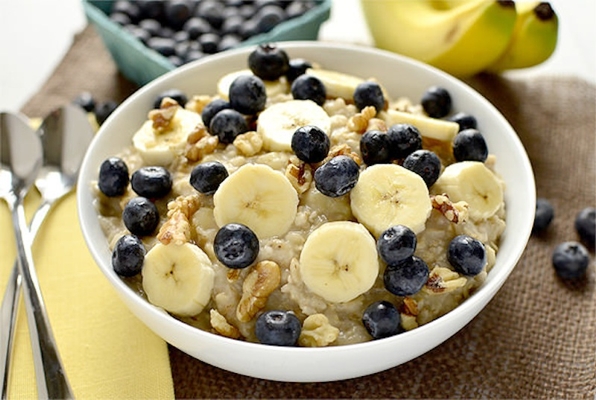 A big bowl of Oatmeal in the morning – with Fruit and Nuts – has everything
you need to get a good start on your day!

A study by researchers at the University of Queensland in Australia has uncovered a direct link between a compound in natural cereal grains and the lowering of blood cholesterol. The study also identified a new mechanism to explain how compounds in cereals such as Oats achieve this effect.

Of course, we’ve long suspected that something in cereals – Oats in particular – has a beneficial effect on blood cholesterol. We just hadn’t pinpointed it until now. And we weren’t sure how it works.

But the Queensland University workers say they’ve positively identified Beta Glucans, compounds found in the cell wall fibres of cereals, as the active substance, And they’ve determined that it acts in a formerly unsuspected way to control cholesterol levels. Rather than directly attacking excess cholesterol, Beta Glucans reduces the amount of bile circulating in one’s system. And the presence of excess bile leads to the production of excess cholesterol.

Whoa, there! Hold your applause…

The Queensland studies were performed on pigs – even closer to humans on the mammalian hierarchy than mice, which are commonly the first subjects used when testing new compounds. So the researchers are confident that what they found will translate directly to us. Questions remain as to how much Beta Glucan we should be taking every day and how we should get it. Is it sufficient to eat Oatmeal every morning for breakfast or do we need to take supplements to ensure we get the optimum dose? Clearly, there’s more work to be done before Beta Glucans become a standard item on our annual-physical lab work orders. But the mystery appears to be solved. And we’re on the road to conquering a health problem that’s plagued us for the past 70 years – since we started sitting to much and eating too much and over-indulging our inborn cravings for Salt, Fat and Sugar.