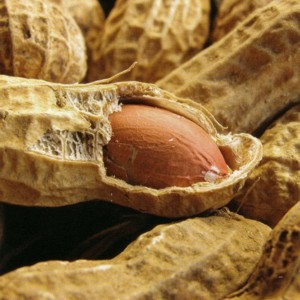 Remember when you were a kid? How many people with Peanut allergies did you know? Or had even heard of? Peanuts were a universal snack for all ages and Peanut Butter sandwiches were the mainstay of every school kid’s lunch.

Now, hardly a week goes by that some story doesn’t surface about another draconian dictate by a school board or a health department aimed at protecting kids with Peanut allergies from the demon goober. What the heck happened?

I think that advances in medical science and growing social awareness in our society have led to a higher survival rate for the 1 per cent of the population who have the unfortunate genetic predisposition to suffer anaphalactic shock in response to ingestion of even a few molecules of the offending proteins. There’s also a learned school of thought in the medical community that modern parents coddle their kids too much, over-using disinfectants and sanitizers, and failing to expose their little ones to a wide variety of foods early enough for them to develop natural defences to potentially dangerous things like nuts and peanuts. (The same argument goes for the dramatic rise in other ‘sensitivity’ conditions in kids, such as asthma.) I’m sure that the number was less than 1 per cent 50 years ago. You almost never heard of someone with a Peanut allergy! Today? One per cent of six billion is a rather considerable sounding 60 million! Not as prevalent in the general population as cancer or heart disease or diabetes, certainly, but a number we can’t ignore.

A Tragedy of Modern Litigation

Couple that with the modern mentality that maintains people should hold others responsible for anything that goes wrong in their lives – the classically-American ‘Sue Anybody for Anything’ principle – and you get an insurance company’s wet dream!

Case in point: A woman sued McDonald’s because she spilled hot McDonalds coffee on herself and it burned her.

Case in point: A man sued Anheiser-Busch claiming false advertising because, after drinking the company’s beer, he had no luck with the ladies (which, he claimed, was clearly implied in the ads!) and he sometimes got sick from drinking too much.

Case in point: School boards all over the world are prohibiting kids from bringing peanut butter sandwiches or peanut products of any kind to school. They’re afraid of the liability issues. It’s a case of all for one… And all for one. Here in Canada, there’s even more juice behind that viewpoint because our Charter of Rights and Freedoms puts the rights of the individual before the rights of Canadian society as a whole. And that’s not to mention the culture of entitlement that’s led to generation X and Y, at least, growing up with the notion that everyone else is responsible for their problems. But that’s another story for another blog.

The result is, a lot of people are hot under the collar about food-related ‘rights’ issues. And an ‘Us-versus-Them’ standoff has developed between the peanut-sensitive and those who don’t like to be dictated to about what they give their kids for lunch. Or bring to work. Or eat on buses or trains. Or serve on a restaurant buffet. There’s even some question about the ‘safety’ of displaying peanut products on supermarket shelves.

How about a little common sense?

Okay… I think we can agree – as much as we may not like the way it impinges on our lives – that kids should not take peanut products to school, for fear that others kids, with peanut allergies, might die. I’m not so sure about the workplace situation or the transportation arena, though. I recently read that the workplace peanut question is coming before U.S. courts soon, as are the questions of whether distribution of peanuts on airliner flights should be banned and the sale of peanuts banned at stadiums and arenas.

Given that the peanut people have won the PC war and peanut use has been heavily restricted, what do we do to replace peanuts in our diets?

So, all food manufacturers clearly state on their packages whether their products do or don’t contain peanuts or nuts, to avoid litigation. In some jurisdictions, they are required to label their products so. In fact, some go as far as to state, in spite of the fact that there are no peanuts, per se, in a product, that it might have come in contact with tree nuts or peanuts or been processed in a facility where tree nuts or peanuts may have been be present.

They’ve played with soy products and toasted ancient grains and other things to replace peanuts in our favourite dishes. Nothing has yet been found that can really fill Mr. Peanut‘s shoes!

What we cando is change up recipes to eliminate nuts altogether!

Use your imagination! You might just invent the next snack or dessert sensation!

Just respect the needs of those with peanut allergies and double check your school’s or church’s peanut policy before you whip up anything for the Bake Sale.

Peanuts not endangered, overall – yet

Oh, and in case you were concerned about Mr. Peanut and his friends, peanuts are still as popular as ever in candy bars, on top of drumstick-style ice cream cones and classic sundaes, in Indian and Thai foods and at all those American ball parks where peanuts have been a tradition for over a hundred years. You just might not see them on the bar at your favourite neighbourhood watering hole anymore…