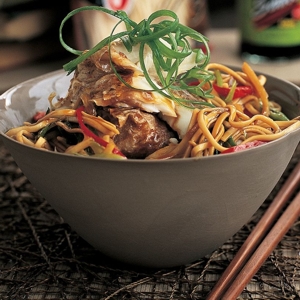 Some Secrets Of Authentic Chinese Food

I’m sure that anyone out there who has tried to make authentic Chinese Food at home has run into some problems that we can all relate to. And they’ve all asked why their versions of Asian Classics don’t taste the same as the ones they get in that little restaurant in Chinatown. Here’s why… 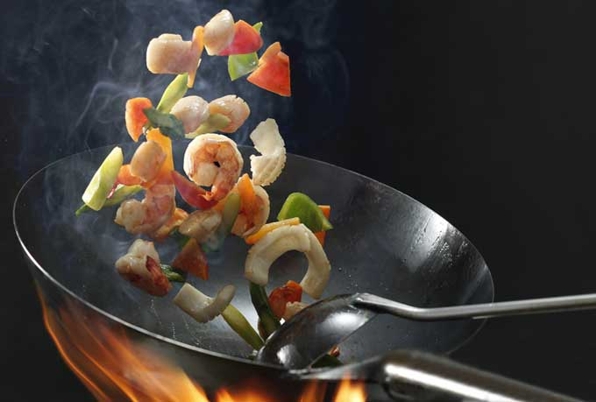 You have to use real Asian Ingredients to get authentic Asian results. I surveyed the most popular Asian Ingredients in a two-part post in this space a while back. Used to be, you had to go downtown, to Chinatown, to get real deal ingredients, real; Asian woks and spatulas and other genuine Asian accoutrements – like chop sticks, rice bowls and other hardware that enhances an Asian Meal. Now, though, many good-sized neighbourhoods have healthy and growing Asian populations and those folks have triggered the establishment of real Asian supermarkets much closer to home. In many large cities in Canada, you’ll find a T&T Asian Supermarket – more like a superstore – where you can get anything you might need to make authentic Asian dishes.

So… Don’t settle for substitute ingredients. If the recipe says Lemon Grass, get Lemon Grass. If it says Alkali Water for the home-made Ramen Noodles, get the real deal. The result just won’t be right without genuine Asian ingredients.

You can approximate Asian Sauces and Condiments using ingredients that might already be in your pantry. But one big Asian Food secret most non-Asians don’t know is that real Asian cooks don’t bother to make their own Sauces and Condiments. They get them from the Asian Grocery. And there’s n o reason for you to do any different. Use the time you save to concentrate on perfecting your Wokking skills and your Noodle-making technique.

You can avoid two of the biggest issues cooks have with the Wok with a little practice and concentration.

One of those problems is mushy veggies with muddy flavours. That happens when you cook too long over too low a heat. Don’t be afraid to turn the burner up to high. Just use a proper heat-resistant Cooking Oil and follow the three-step method.

Step 1 – Add two or three tablespoons of Oil to the bottom of a clean, Dry Wok. Heat up the Oil to high; until water droplets dance across its surface. But don’t let it smoke. You’ll know exactly how high to set the burner after one or two cooking sessions.

Step 2 – Add your pre-trimmed and cut Veggies and keep them moving with the spatula. You want them cooked (even seared) on the outside and still a little crunchy in the centre. It should take no more than one or two minutes in the hot Oil to do that. Then add your meat or Seafood and toss the whole mixture with the spatula for another minute. Asian cooks cut their meat thin to ensure it will cook through in just a minute. It’s easy to overt-cook thin cuts – that’s the second problem – so keep your eye on the pan and keep the food moving.

Step 3 – Sauce up your dish with a dash of Soy, or Hoisin or Sweet Red Chili or Oyster Sauce, or whatever flavour you want to enrobe the ingredients. Not too much! Just enough to evenly cost the Meat and Veggies. Toss the food a couple of times to ensure the Sauce is evenly distributed and heat it up. Perfect every time!

By the way… A proper Wok Spatula actually looks like a miniature shovel with a long handle. The head is curved to conform, more or less, to the curve of the Wok. I’ve seen Asian Cooks in restaurants using two of them to toss their Wok creations. The consummate pros put on a really great show – almost like they’re dancing!

You’ll find all sorts of exotic Cooking Oils in your Asian Supermarket. The secret, here, is that most Asian Supermarkets sell more Corn Oil than all the other Oils combined. One reason is, it’s relatively cheap compared to Sunflower, Safflower or Grape Seed Oil.

However. there’s a bit of a revolution coming in Asian Cooking. Canola Oil is increasing rapidly in popularity among Asian cooks because it’s lighter than Corn oil and has no real taste of its own. The means it won’t corrupt the delicate flavours of your Asian Dishes and you’ll get less bad cholesterol in the balance. It must be a good thing: I read somewhere recently that China is in talks with Saskatchewan to buy something like 14 million litres (quarts) of Canola oil over the next few years! Just make sure you have an ample supply of high-temperature Oil on  hand.

You’ll also want to have a bottle of Sesame Oil in your fridge. It’s not for cooking so much as it is for flavour. And it’s a strong flavour, so use it sparingly until you get the hang of how much is enough!

You can take great care to make your own Asian Food without adding MSG. But it won’t taste authentic and there’s really no substitute. You could add more Salt but, then, the dishes would be too salty-tasting. MSG is a cousin to Salt and tweaks your taste buds like Salt without tasting Salty. The “S” stands for Sodium. And too much Sodium is one cause of heart disease. It’s a ‘Catch 22’.

However you should also be aware that authentic, store-bought Sauces and Condiments – especially the ubiquitous Soy Sauce – all contain MSG as a matter of course. Unless labelled otherwise. But, then, they don’t taste the same. ‘Catch 22’ again!

So… If you are allergic to MSG, you’ll have to settle for something less-than-authentic in the flavours of your home made Asian Dishes.

And that’s about it…

The foregoing are the most common stumbling blocks that home cooks encounter when trying to duplicate their favourite Asian Restaurant dishes. If you’ve been disappointed about the outcome of you Asian cooking expeditions in the past, try again and see what a difference these simple rules make!