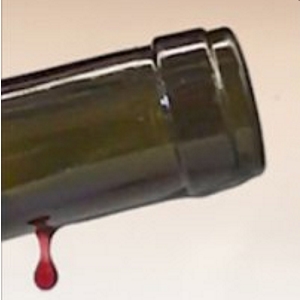 It’s a small thing, but a good thing. And Wine lovers have been waiting for it for decades. Maybe centuries. But, finally, researchers at Brandeis University have perfected a dripless Wine bottle, so that, in future, we’ll never have to fear losing a drop of our favourite ‘kiss of the grape’… 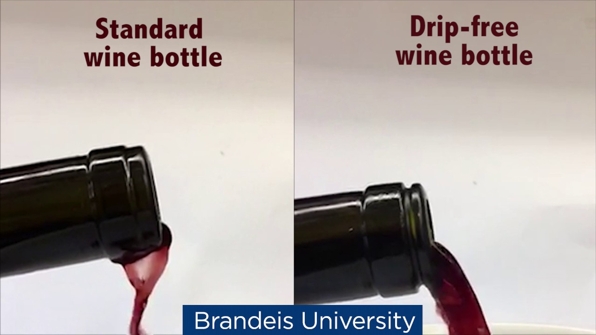 At Brandeis, they certainly have their priorities straight, alright! And, after years of studying videos of wine being poured, physicist Dan Pearlman has come up with the solution to the ages-old aggravation of dripping Wine bottles. It’s such an ancient aggravation, in fact, that the whole tradition of the Wine Steward’s towel has come down to us because of it! It ain’t for your hands, or lips, pal! It’s to catch the drip that inevitably is left after pouring a glass.

The secret, Pearlman says, is to simply incise a small groove just under the lip of the bottle. This causes the drips to roll off smoothly into your glass rather than rolling back, onto the neck of the bottle.

Now, I coulda’ told him that…

My Dad, rest his soul, learned about basic building trades while he was waiting to get out if the Army in 1946. He told me once (one of the rare times I was listening!) that you have to let roofing shingles or shakes or whatever so water will run off clan, like, rather than running down the side of the building.

Anyway… I laud Pearlman for his efforts and incisive thinking. I’m sure the Wine bottle makers would not have taken the idea seriously from me – or anyone else without a PhD to back it up.

When will we see these new-model dripless Wine Bottles in the marketplace? We’ll just have to wait and see!