This year marks no special anniversary in the history of microwave technology or cooking applications breakthroughs. But it did seem like a good time, to me, to pause and reflect on how far that tech has come since the beginning… 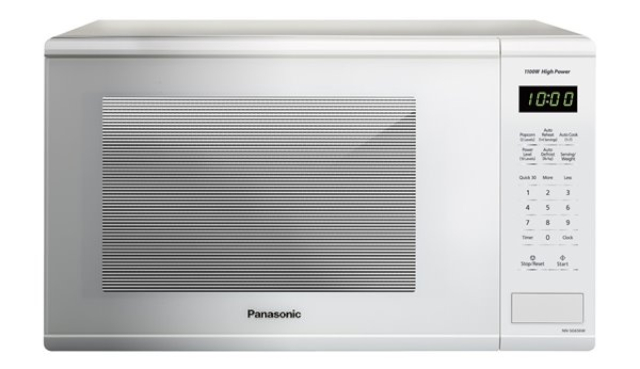 Microwave technology actually started back during Second World War, with the perfection of the cavity magnetron, the device that powered the first practical microwave appliance. And it wasn’t an oven. Far from it! It was a powerful, robust ‘business end’ that made it possible to build a RADAR small enough and light enough to install on an airplane.

A major achievement in electronic ‘magic’

You’ve probably all seen photos of the ground-defense RADAR antennae strung out along the White Cliffs of Dover during the very early days of WW II. They were capable not only of detecting approaching enemy aircraft, but differentiating the fighter escorts from the feared bombers that earned the summer of 1940 the nickname: ‘The London Blitz’. Later models could estimate the speed and altitude of both enemy and ‘friendly’ aircraft, and formed the backbone of Britain’s air defense master plan throughout the rest of the war.

The first aircraft to get it were long-range allied bombers, which used it to look ahead in the dark of night to find approaching Axis fighter planes and ready themselves for the best possible defense they could devise.

So powerful, and so scarce

At first, the relatively tiny magnetrons were so small, delicate and top secret that only highest-level electronics ‘wizards’ working at secret British labs were even allowed to know about them. When the war broke out in earnest, and Hitler and his cronies started regularly hammering the great cities of the Thames Valley and the Industrial Midlands was the program was moved to the U.S. to ensure safe continuation of development.

Only years later, when the shrouds of secrecy finally started to life, did I learn that my Dad’s older brother, Uncle Jack, had been among the young go-getters on Watson Watts’ RADAR advancement team.

Here’s where the story starts to get interesting: Many of us are familiar with the green and amber cathode ray tubes used to display the early RADAR signals. That tech led directly to the Television industry. Where Uncle Jack was quickly snapped up as a leading expert post-war and spent another 30+ years as a top-level visionary and guru with RCA.

But it’s the other, parallel line of evolution of RADAR tech that we who spend a lot of time in the kitchen are more interested in.

The DEW (Distant Early Warning) Line in Canada’s and the U.S.’s Arctic, was a RADAR network designed to provide earliest possible detection of the earliest Russian nuclear bombers after the Cold War set in. There’s a great, truly legendary story that an American RADAR technician working on the Line who noted with chagrin, that the Hershey bars he always carried in his hip pocket melted when he was tuning the big transmitting and receiving antennae.

It was a short jump from there for the scientists to deduce that the bars were absorbing RADAR energy. A lot of it.

First thing they did was take the tech off the front line to study what else (in his body!) might be getting slowly ‘cooked’ by his RADAR exposure.What they found was, almost everything biological that fell in RADAR’s way was getting zapped, some of it physically cooked and scrambled by the high-energy radiation.

Alas… It appears the story – as appealing is it was and still is – was apocryphal. But it was a convenient way to explain why so much research was suddenly going into ‘other’ uses for RADAR by the mid 1960s.

By the time I arrived at University, in the early 1970s the earliest commercial microwave ovens were starting to appear in avant-garde and quick-service restaurants. You might think it was a shame that they weren’t being used for more-serious cooking tasks, but mainly, for quick-heating and re-heating pre-made pastries, soups and stews. They were still as much prized as curiosities as they were as real cooking tools.

By the mid 1980s, it seemed all young couples wanted a microwave as a wedding gift. The first ones had so much lead shielding in them that they weighed a hundred pounds (50-60 kg) or more. And they were still big. Like the first TV sets, folks noted how bulky they were, all to make such a small cooking chamber function.

The marketing moguls demanded that microwaves be rushed into the stores in ever more-affordable formats.

… When prices had dropped to low that all the folks that dreamed of having Microwave ovens in their homes could easily afford them. From a few thousand bucks in the 1960s, to a few hundred by the 1990s, development continued to roar ahead, with a focus on refinements, new features and ways to adapt conventional recipes to the ‘zapper’.

Next, it could hardly be missed what a great a team Microwaves and Toaster Ovens made, requiring so little space and, between them carrying out 90+ percent of the tasks a general purpose ‘kitchen cooker’ was expected to perform.

Today, Microwave ovens are the conceptual and activity centres of the majority of modern kitchens. As with every other aspect of our contemporary lives, speed is of the essence and a massive amount of research and tinkering has gone into making just about every cooking process and food type ‘zappable’. (Except eggs: It’s still a  really bad idea to try to hard-boil an egg! See photo, top of page…)

On the cost front, dozens of makers are manufacturing millions of units every year. And prices have dropped almost unbelievably. Since I fist became aware of the Microwave Oven , decades ago, the prices of comparable units with vastly improved reliability, energy efficiency and features compliments have dropped from  thousands to hundreds to… (Drum roll, please!) an average of a mere $150 or so.

At least that’s what the new one Erin and I bought yesterday cost – regular price; no special sales or discounts. Add in the pluses of a good-rep brand, great warranty, and the easiest-to-use I’ve owned yet, and you’ve got a winner, in my book.

The end result is, I’ve had a great romp down nostalgia lane, experienced a perspective-correcting experience about the microwave oven, and discovered where it truly belongs in the greater culinary scheme of things… Overall, I’ve finally come to appreciate how valuable a tool it is.

And it only took me about 50 years to see the light!