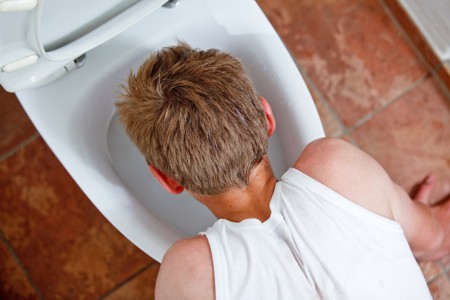 By: admin
In: Cooking 101, Kitchen Safety

The prime cause of Food Borne Illness (FBI), at home and in the foodservice industry, is the passing of bacteria or other pathogens to clean, safe foods from uncooked or improperly-prepared foods.

We’ve all had it

Ever get up, the morning after a party or a restaurant meal, feeling – a little “off”? Queasy? A touch of “the runs”? Grumbly tummy and entrails? Ever feel just generally low for a day or so and then all is fine again? You probably wrote it off as “a touch of the flu”. But what you actually had was probably some kind of FBI. The majority of day-to-day FBIs cause only minor inconvenience. Lucky for us!

Alas, there are many FBIs that can have much more serious consequences. Some can even kill you, if you get a big enough dose of them.

If you just got back from an Antarctic expedition, or  have been lost in the jungles of the Yucatan, you may not have heard, but the global news machine has done a great job of making the rest of us aware of a number of major FBI emergencies in the past few months.

For most of last fall, the XL Foods meat packing plant in Alberta was closed down because of suspected bacterial infection in more than 1,500 meat products sold across Canada and in the U.S. The culprit in that incident was good old E. coli. It can make you really sick and can be deadly, especially when contracted by the very young, the very old or the infirm. And E. coli has the ability to infect via vegetables, too. Witness the relatively recent recall alerts on Lettuce, as well as earlier recalls of Strawberries and other produce, most of which which originated in Central and South America. 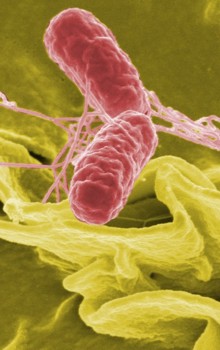 Salmonella is potentially even more deadly than E. coli. It can get into your system via a variety of paths, but the most common, in our part of the world, is from improperly cooked or improperly stored Poultry products. Eggs (the poultry connection, again) are also known to carry Salmonella, but on their shells, not in their yolks or albumen. The problem is, once you crack an egg, any Salmonella on the outside is likely to come into contact with the stuff you eat, on the inside.

An up-and-coming player in the FBI world is Listeria. It’s named after Dr. Jos. Lister, inventor of antisepsis, or anti-germ protocols. Again, it’s more likely to attack the weak, the very young, the very old or pregnant women. The symptoms generally fall into two categories: sepsis, or infections, and meningitis, or brain fever. The fatality rate from Listeriosis is about 20 per cent.

Staphylococcus and Botulinum are slightly different, in that they not only produce illness via direct bacterial infection, but also via toxins that can remain in food after the bacteria have been killed. Both are very serious diseases in humans, like Listeria. Staphylococcus most commonly shows up in  humans as Toxic Shock Syndrome or acute Gastroenteritis. Botulinum Toxin causes paralysis, usually starting in the extremities and muscles of the face, and can end in paralysis of the lungs causing death.

And that’s not to mention…

…Parasites (such as Tapeworm and Flatworm; Trichinosis; Toxoplasmosis), Natural Toxins (such as Tetrodotoxin, or “Fugu Fish” poison, and “Red Tide” algae blooms), and a host of other naturally-occurring compounds, notably Mushroom Toxins, Hemlock and Foxglove.

Got your attention, now?

Wikipedia has a wicked entry for “Food Poisoning”, with links to many other, specific entries on hundreds of different infectious agents and their own icky life stories. If you are so inclined. But let’s get on to dealing effectively with the problem.

As we said, in some detail in our premiere installment of this Kitchen Safety series, washing your hands often and properly is the first and most important line of defense against the spread of FBIs.

But it’s also important to wash your pots, pans and utensils thoroughly after every use. And how you handle, store and cook food are all important to keeping your family safe and healthy.

So… We’ll be looking, in turn, at all the major issues in food and kitchen safety over the upcoming installments of our Kitchen Safety series!