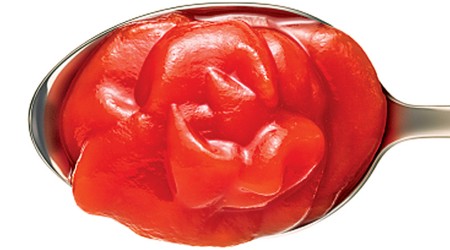 Ketchup, by any other name…

Yup. A serious, trained and qualified cook is going to talk about Ketchup.

Or Catchup, or Catsup, or Ketjap, or Kê-chiap, or even Kyo Jip. However you spell it, linguists and culinarians agree: The rich, thick, sweet-sour red sauce you take for granted on French Fries and Toasted Cheese Sandwiches has a long and intriguing history. And a brief read of that story will open your eyes to a world of variations you can enjoy while celebrating the traditions of some of the world’s cornerstone culinary cultures.

Classic Ketchup. The most popular condiment in the Western World.

Even the most puritanical of foodies will admit that Ketchup must have something going for it. It’s still the most popular condiment in the western world – although Mexican-style Salsa is gaining ground on it fast. At last official count, People were still buying more Ketchup by volume than Salsa, but they were spending more per annum on Salsa than on Ketchup. That’s easily explained, however, when you consider that a small jar of Salsa can cost as much as two or three bottles of Ketchup. Anyway…

The origins of Ketchup are mysterious and misty, but it is generally thought that the earliest ancestors of our contemporary condiment hailed from Southeast Asia. And tomatoes only joined the recipe there when Portuguese and Spanish missionaries brought them from the New World in the early 17th century.

Before that, Maylasian Ketjap and Chinese Kyo Jip referred to pickled and/or fermented fish sauces. The closest descendant on the scene today is Thai Nam Pla – commonly known as “Fish Sauce”. The Chinese eventually employed Tomatoes, which they originally called “Red Eggplant”, in their version.

Some culinary historians maintain that Ketchup originated in Iberia or Arabia, around the beginning of the 17th century, when the word “Ketchup” first appeared in the English language. This theory, again, relies on fact that Spanish and Portuguese Missionaries spread Tomatoes from their Central and South American homeland around the known world. But most scholars consider this notion tenuous, at best.

Even now, that which we call “Ketchup” is referred to as “Red Sauce” or “Tomato Sauce” in other parts of the British Commonwealth.

Regardless of its origins, the Ketchup we know today is worlds away from its primitive forebears in both appearance and flavour.

The stuff you buy in the store is really a very simple combination of Tomatoes, Vinegar, Sugar, Spices, Salt and Pepper. Of course, cheaper brands may contain starchy fillers and other cheap ingredients designed to stretch the batch and increase the volume available for sale. The best Ketchup, of course, contains the highest concentration of real Tomato.

You can make your own “standard” Ketchup if you want. Start with canned Tomato Purée (Crushed Tomatoes) and add (to your taste) White Vinegar, White Sugar, Salt and Pepper, and your choice of Spices and/or Herbs. The amounts of the foregoing ingredients can be adjusted to suit your personal taste, or approximate the classic Commercial Formula as closely as you wish.

Nutmeg is the dominant flavour in commercial Ketchup. After that, it’s up to the taste of the brand owner. Or you.

Put all the ingredients together in a sauce pan, bring them to the boil stirring frequently to avoid scorching, reduce to a low simmer and let it go for an hour or so, stirring occasionally, to allow the flavours to blend and the sauce to reduce and thicken. Then remove from the heat to cool. Store in the fridge in a tightly closed bottle or jar for up to six weeks. There’s so much acid (from the Tomatoes and Vinegar), Sugar and Salt in it, no harmful bacterium could survive for long, let alone multiply!

Think of all the ways you can jazz-up Ketchup – your own homemade stuff or out of the bottle!

Try switching out plain White Sugar in favour of Brown Sugar, Molasses, Honey or another natural sweetener. Most natural sweeteners are from the “Sugar” family and will form a syrup when heated and simmered, reducing the water content of the mixture and giving the finished Ketchup a richer, smoother consistency, not to mention that classic glossy finish. Artificial sweeteners generally won’t thicken or gloss-up.

I always use a generous amount of Nutmeg in my “Signature Red Condiment”. So should you. It just isn’t Ketchup without Nutmeg! But you can celebrate a host of contemporary cuisines by varying your other flavourings. I like to add some ground Fennel Seed, a good pinch of ground Cloves and some dried Basil.

What’s Ketchup’s most faithful condiment buddy? Mustard, of course! Why not try mixing in some Ground Mustard Seed?

For an Asian character, try adding a little Cardamon, Coriander and Ginger (to your basic Nutmeg blend).

For a Caribbean “Jerk” flair, use Nutmeg, as usual, but add a little Cinnamon, Cloves, Thyme and Garlic, and a few shakes of Hot Pepper Sauce. Try pineapple syrup, made with Pineapple Juice simmered down with Brown Sugar, as the sweetener in this recipe for a real treat. This one goes great on just about anything grilled!

For a “Southwestern Red Sauce” style condiment, add some Cumin and Chili Pepper. Or, in place of plain dried or fresh Chilies, add some bottled Chipotle Chilies (Roasted Jalapeños) and the Adobo Sauce they come packed in. Purée them in a blender or food processor before stirring in with the rest of the Ketchup ingredients to simmer.

The possibilities are myriad. Go exploring!