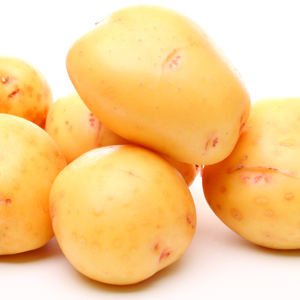 I can hardly believe it’s been that long. I remember when the Yukon Gold Potato was first introduced. I was just a kid, then, and just learning to appreciate food, and I thought, “Why do we need another Potato?” Well, the Yukon Gold turns 50 this week and it’s definitely stood the test of time! 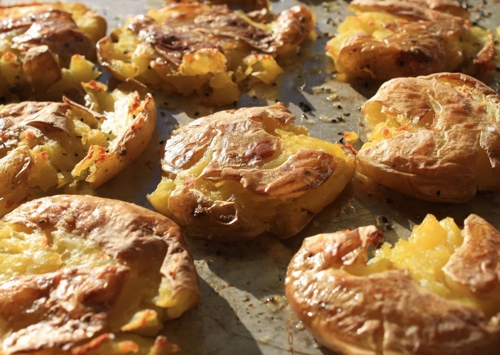 I know that intro dates me badly, but I think my experience over all those years, along with my culinary training, qualifies me to comment on ‘Canada’s Potato’ on its Golden Jubilee.

The Yukon Gold we know today was officially bred in 1966 after a 30-year development process spearheaded by University of Guelph scientist Garry Johnston. The idea was to create a Yellow-fleshed spud that would grow well in cooler climates. But the Gold was not ‘mined’ commercially until 1980. It took 15 years for the new variety to catch on and be cultivated in volume.

The Yukon Gold is what we in the food service biz call a Chef’s or All-Purpose Potato. It’s on the waxy side, rather than the starchy side, but it’s soft enough to sit in for a Russet. You can boil it, mash it, fry it, roast it, deep fry it or even bake it. Although, I’ll always go for a good, old-fashioned Russet for baking and mashing. It is distinguished visually by its smooth skin and distinct yellow colour. The Gold’s flavour has been described as ‘Buttery’, ‘rich’ and ‘sweet’. It’s known for producing high yields and storing well. What more could you ask for?

How about some serving suggestions?

I particularly like the Gold for oven roasting. That includes Greek Potatoes and Roasted Wedges. I also like to get small or ‘baby’ Yukon Golds and boil them whole, skin on, then crush them into little patties. Then, I brush them with Oil or Butter, and sprinkle on a little Garlic, Salt, Pepper and Herbs according to my whim of the moment. Then, it’s under the broiler for a few minutes, until they get golden on top and skin starts to crisp up. You can use any sort of Potato for this, but Yukon Gold has the rest of them beat, both on texture and flavour.

If you like your Potato Salad on the soft side, or follow the old European recipe which uses mashed potatoes, Yukon Gold is the spud for you! Just vary the cooking time according to the texture you want.

Yukon Golds are good for pan frying, Home Fries and Hash Browns, too. It’s something about the texture. And their unique colour and flavour just get richer in contact with hot oil!