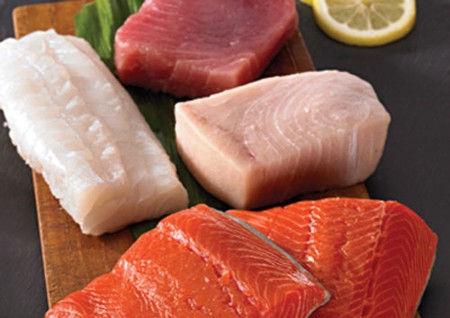 A new study, based on DNA analysis of samples from Canadian and U.S. supermarkets and fish markets, shows that an alarming 41 per cent of fish offered recently at retail in five large Canadian cities was not what was stated on the label! 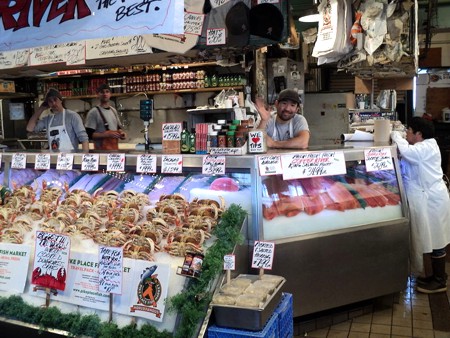 To be sure you’re getting what you pay for, ask your local fish monger.

This shocking finding, by the Biodiversity Institute of Ontario (BIO) at the University of Guelph, makes the recent European horse meat scandal look like a tempest in a teapot.

Case in Point: 87 per cent of fish labeled ‘Red Snapper’ was not Red Snapper.

Case in Point: 59 per cent of fish labeled ‘Tuna’ was not Tuna.

And all this amid stern recommendations from health authorities to eat more fish!

Not a new issue

The mislabeling of fish and seafood in North America is not a new problem. In fact, it’s been on the minds of professional researchers since 2008, when a couple of New York City high school students, doing a science fair project, discovered that nearly 25 per cent of fish at Manhattan sushi restaurants was not what it claimed to be. This debacle is now known as ‘Sushi-Gate’.

But things, apparently, have only gotten worse since then. And many of us have been paying too much for products that are actually some lower-grade fish.

Researchers point out that the fishing industry is in trouble, what with diminishing stocks of traditional fish that people are used to eating, and trust. Last century, Pollack (a relatively plentiful species) was culled from nets full of Cod and Halibut and Haddock, and sent off to the cat food plant! Now, this species, once considered ‘junk fish’ is a staple of the no-name fish stick, fast food fish burger and ‘simulated’ crab meat markets. Not identifying the kind of fish in your economy sticks, or only mentioning Pollack in very find print on the ”Simulated Crab Meat’ label isn’t fraud. Calling Pollack or some other ‘junk’ fish Sole or Tilapia is.

Apparently, there is a rash of deceptive labeling in the Salmon industry: Farmed Atlantic fish are being labelled as more desirable – and expensive – Pacific Wild Salmon.

Why do we put up with this out and out fraud? Because we’re much less aware of the minimal fish component in our diets than we are of the overwhelming beef/pork/chicken slice of our protein pie. Simply put, we don’t care as much about it.

And that’s not all. Mike Nagy, an Ontario Sustainable Food Consultant, says Canadian seafood labeling regulations are way too lax.

What you can do

Get your fish and seafood from a reputable dealer. There’s at least one fishmonger in most sizable towns and cities, and some supermarkets now have fresh fish and seafood counters, where everything is right there for you, on ice – as it should be.

But the best defense for consumers is to educate themselves about fish and seafood and how to tell fresh from stale.

First, learn how to tell one kind of fish from another. A real, honest to goodness fish monger will be happy to give you a tutorial. And he’ll be glad to tell you about shellfish, too.

I’ll be giving you the lowdown on how to judge the freshness of all the foods on offer in your supermarket in a future installment of our Kitchen Safety series. But talk tom your fishmonger soon, and start eating more fish – with confidence!