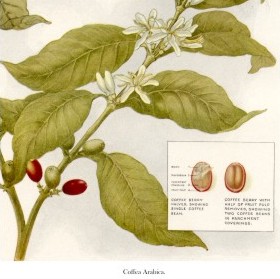 Some will meet this dire prediction with a knee-jerk response, saying it’s just another grandstand show by the Climate Change fringe.

But the detailed computer models produced jointly by Scientists at the Royal Botanical Gardens, Kew (UK) and in Ethiopia, for which coffee is a leading export, show that 70 per cent or more of the world’s coffee plants could be gone by 2080. It appears that climate change, specifically Global Warming, if allowed to continue in its current direction, will make growing conditions untenable for Arabica coffee in the wild and uneconomic for cultivation by many of the world’s poorer countries. 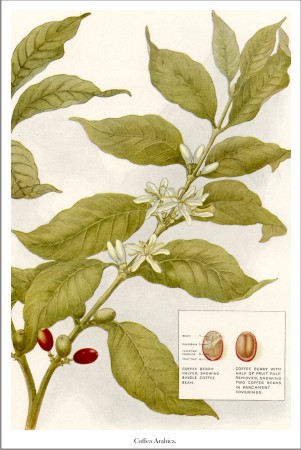 A second variety of coffee bean, commonly known as Robusta, is also of economic importance, although it accounts for only about 20 per cent of the world’s commercial coffee crop. Robusta is generally deemed inferior to Arabica and is grown under quite different conditions, at different altitudes. The scientists behind the study say Robusta is not considered at risk as a result of Global Warming.

I don’t expect I’ll be around in 2080, no matter what miracles of modern medicine emerge between now and then. But, if the scientists are right, I expect I’ll live long enough to see coffee prices rise dramatically from where they are now.

Time to start cultivating a taste for Tea? Well, not just yet. But enjoy your favourite Java while you can still afford it – and still get it!