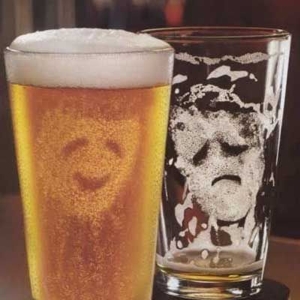 Beer DOES Raise Your Spirits!

You’ve known it for ages, but had no proof. There’s something about Beer that makes life better. Now, after exhaustive studies, Science has has come up with a real, true cause-and-effect relationship between suds and celebration. And there are more ‘happy molecules’ in the wings! 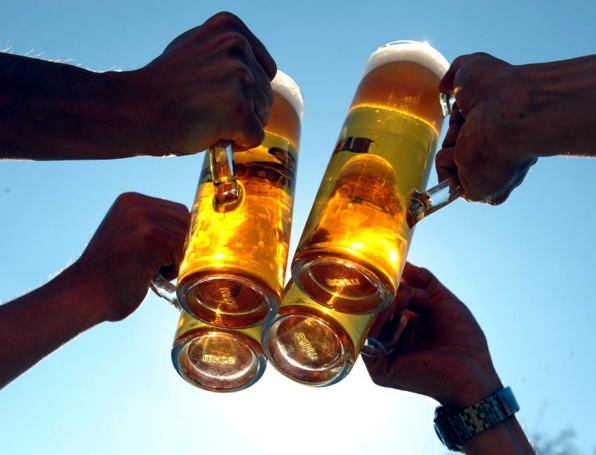 The Oktoberfest fans got it right! Beer does elevate your mood!

There was no shortcut for scientists at Friedrich-Alexander-Universität Erlangen-Nürnberg in Germany. They had to run more than 13,000 different molecules through tests to determine if they had any beneficial effect on a diner’s mood. The magic molecule in Beer is called Hordenine and it comes from Malted Barley, the chief ingredient in Suds. Hordenine stimulates the reward centre in the brain where the dopamine D2 receptor is located. This is sometimes referred to as a ‘pleasure centre’.

‘It came as a bit of surprise that a substance in beer activates the dopamine D2 receptor, especially as we were not specifically looking at stimulant foodstuffs,’ explained Prof. Dr. Monika Pischetsrieder.

So… Oktoberfest Fans had it right all along!

Hordenine was just one of 17 molecules the researchers found that stimulated the reward centre in the brain but it had the most pronounced effect.

What really made the scientists sit up and take notice was the success of their testing process. It’s a computer simulation system designed to compare the geometry of molecules with the geometry of the dopamine D2 receptor. They could never have tested 13,000 molecules using standard screening techniques in a month of Sundays. And the cost would have been out of the question.

The researchers hope their computer simulation testing process will have applications in other areas, identifying potential new drugs for a wide variety of afflictions.

We’ll keep you posted! Meanwhile, have a Beer ad find some cheer…