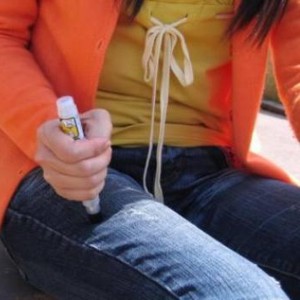 First it was defibrillators in public places, in case someone suffers a heart attack. That’s a good idea. Bur, now, allergy advocates are calling for all restaurants to have emergency epinephrine injectors available, in case a diner suffers an allergic reaction. What do you think? 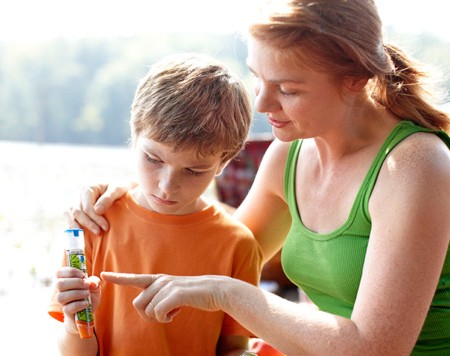 As most of us already know, many folks with severe allergies to things such as fish and seafood, peanuts, eggs, honey and other common foods carry what are generically known as ‘epi-pens’, auto-injectors containing a stuff dose of epinephrine (adrenaline) to temporarily reduce potentially deadly symptoms if they have an attack. The attack, officially dubbed anaphylactic shock, causes the body’s defensive systems to panic, closing up the airways and taking other extreme measures to defend itself from something it knows is bad for it. Trouble is, the extreme defensive reaction can kill.

Now, a Hamilton, Ontario, Canada city Councillor wants the city to pass a bylaw requiring all foodservice establishments to have an injector available in the event that a diner who doesn’t have his or her own suffers an attack while eating there. His move comes following an incident last spring in which an 11-year-old girl, who knew she had a mild allergy to eggs, suffered a fatal anaphylaxis attack at an ice cream shop in Stoney Creek, just down the road from Hamilton.

Ice cream is, by the chef’s definition, a frozen custard. Custard is a mixture of egg yolks, cream, milk vanilla and other flavourings. That’s called Crème Anglais. Churn it up for about half an hour in a cold bowl (to incorporate air), then freeze it – and presto! You’ve got Ice Cream.

Like the 11-year-old-girl, as many as one third of allergy sufferers who have a severe reaction outside the home don’t believe their allergy is that severe and don’t have their own injector, notes Debbie Bruce of the Canadian Anaphylaxis Initiative.

Like the Initiative, Anaphylaxis Canada‘s mission is ‘to inform, support, educate and advocate for the needs of individuals and families living with anaphylaxis and to support and participate in research’. This group is currently emphasizing the need for school-age children and teens with known allergies, and their parents, to establish an allergy management program for themselves, especially as it applies to cafeteria fare.