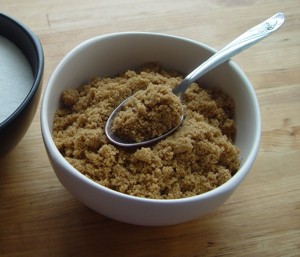 Do you have any idea how much Sugar you consume daily? A recent book by American Dr. Robert Lustig, says, flat out, that Sugar is addictive, that the food processing Industry knows this, and that the industry hooks us from infancy for its own dark purposes. 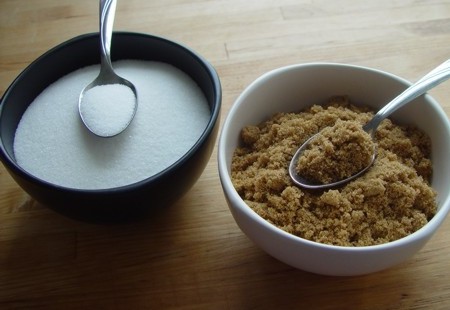 Sugar – It’s everywhere! Including lots of places you don’t even suspect…

Lustig’s book, Fat Chance: The Bitter Truth About Sugar, goes on to claim that Sugar is the real villain behind the Western World’s ‘obesity epidemic’. I first encountered his theory in a recent Guardian article.

I know that sounds like a psychoanalyst’s cop-out answer to one of your own questions, but please bear with me.

When I asked myself that question, I started to enumerate my sins by excusing them: “Yes, but I take my coffee black! I don’t eat breakfast cereal with sugar on it in the morning! I drink only unsweetened or ‘Zero-calorie’ fruit juices, sodas and herbal tea! I have a couple of glasses of wine with dinner four or five days a week, but I don’t drink cocktails or beer! I have a fast food meal once in a while, but I don’t eat fast food daily!” The list goes on.

To that, Lustig would answer that I unknowingly take in a load of sugar that I’m not even aware of. Guess what everyday products have unsuspected sugar in them? How about red spaghetti sauce? Good old ketchup? Baby foods and formulas? Pediatric/Adult/Geriatric ‘Dietary Supplement’ drinks? The food industry bombards you with sugar from cradle to grave, literally, addicting you, to get you to buy more of their products!

Where does the average person stand?

No wonder we’re in the middle of an obesity epidemic!

Where does all that sugar come from? A leading culprit is sugar-sweetened soft drinks – and the younger you are, the more likely you are to drink jumbo sugary soft drinks from the ‘fountain’, rather than controlled doses from the can.

The many faces of sugar

Sugar is not just that crystalline white stuff in the jar beside the coffee cream. It’s also:

Brown Sugar: Unrefined (Demerara) or refined Cane Sugar with some molasses added back in. More flavour and a sweeter taste.

Corn Sugar: Also known as Corn Syrup, liquid gold to food processors because it is so easily adapted to mega-manufacturing techniques and has a nice, gooey texture. A form of Fructose (see below).

Fructose: Fruit Sugar. The kind found naturally in fresh fruits and berries. Also Maple Syrup and Honey. Not as sweet as regular refined Cane Sugar. When chemically combined with Glucose, it makes High Fructose Corn Syrup, a substance that has lately drawn a lot of ire from pure food advocates and certain members of the medical community, because it is a monosaccharide. (See: Glucose, below.)

Glucose: Also referred to in ingredient lists as Dextrose. It’s a monosaccharide, or simple sugar, which means it is absorbed directly into the body, without need of lengthy or complicated digestion. That makes it a prime suspect in the obesity mystery.

Lactose: Found in Milk and Milk products. The main reason Milk tastes sweet rather than chalky.

Sugars are broken down during digestion to the level of Glucose, simple sugars, which can be absorbed by the body. Animals store sugar by joining its molecules in long chains which are deposited in certain familiar locations as fat. Plants store Glucose, a direct product of photosynthesis, as similar long chains of molecules which are typically deposited in their roots as starch.

In fact, that’s why we cook many of the things we eat. Cooking speeds up the transformation of starches to sugars. Think Carrots, Potatoes, Yams, Turnips, Beets and other root veggies. All cooking usually does to fats is to melt, or render, them.

That’s why sugars, starches and fats are all fundamentally the same thing. It just takes a lot more energy and effort for the body to ‘burn’ fats and a little less to ‘burn’ starches. You have to break them down, first. Given the choice, the body will absorb simple sugars first and burn them first. And if you aren’t doing something to burn them, they’ll get stored first!

If you make your own meals and snacks, you get to control the amount of sugar in them, and the kinds of sugar you use. It just makes sense. As I’ve said before, in reference to other issues, it comes down to this: It’s your choice, whether to do the convenient thing, or the healthier thing.

Sometimes, doing the healthy thing is as simple as reading the Nutrition facts label!